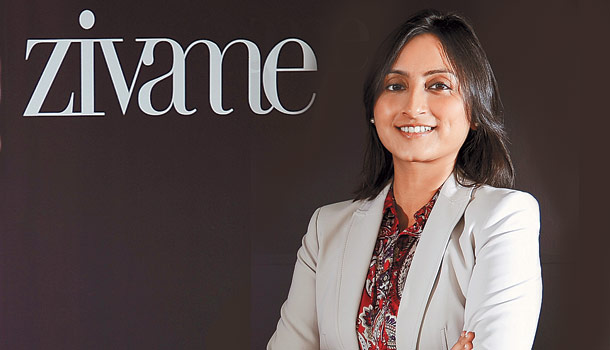 08 November, 2014
Print this article Font size -16+
After a wait of close to 11 hours, Richa Kar finally received her first order. It was 10 pm on 25 August 2011. An excited and surprised Kar, who had just launched zivame.com, a lingerie e-tail venture under the parent company, Actoserba Active Wholesale Retail, called the customer (who was in Indore) to confirm if the order was genuine. “The first order coming from a non-metro was a surprise. But a bigger surprise was that the order, of Rs 7,000, was from a guy,” recalls Kar. The boy was shopping for his girlfriend and was worried whether the products would come appropriately packed to avoid embarrassment. “We assured him of a satisfactory delivery,” says Kar, who was drawn to the idea of an online lingerie store after she saw how neglected and small the women’s innerwear market in India was.

In India, the overall women’s innerwear market is estimated to be less than $2 billion (over Rs 8,700 crore), and the entire lingerie market, which includes nightwear, is anticipated to be around $3 billion, compared to $15 billion-plus in the US.

“I visited many stores — from Shoppers Stop, Lifestyle to local shops — to see the kind of range they had. I realised that the lingerie section was the most neglected and had staff who rarely understood the customer’s demands.” Kar felt that there was need for an exclusive lingerie shop, and that it could not be a brick and mortar one given the high number of stock-keeping units (SKU) required. “Stocking an assortment of products is very difficult in this category compared to the rest of the apparel sector. The number of sizes is more, and the various colour options make it unmanageable for shop owners to stock,” says Kar, justifying her decision to go for an online store to solve the problems of limited shelf space and privacy.
“Most women hesitate to buy lingerie at stores. It is a very private affair and there is some amount of embarrassment attached to it, which only an online store can resolve.”

Zivame, which means ‘radiant me’ in Hebrew, today has over 30 brands and 30,000 SKUs. “Brands had a lot of apprehensions and concerns about how they would be portrayed. A lot of convincing went into it,” says Kar, adding that it took her three months to get the 6-8 brands available in India to come on board. Today, she also offers many international brands such as Wonderbra and Brazil’s Shapewear.

Convincing the innerwear companies was not the only hurdle; Kar had to convince her own staff that it was possible to sell lingerie without a customer having to feel the cloth and trying it on. Though most of Zivame’s customers are women, 20 per cent of the transactions come from men.

Kar and Kapil Karekar started Zivame by borrowing Rs 30 lakh from friends and family. In early 2012, Karekar left to pursue other opportunities. The Bangalore-based company, Actoserba, stocks its inventory at its two warehouses in Bangalore. As the business grew, the company realised that it needed more cash. The first round of funding — more than Rs 15 crore of it — was raised in January 2012 from Indo-US Venture Partners and IDG Ventures. According to Kar, the company has sufficient cash flow and will not require any fresh funds for at least a year.

Unlike many start-ups, getting the first round of investment was not difficult for Kar. “I never thought we will not get funding. I was confident of what we were doing and I knew investors would understand that we are plugging a gap in the market.”

Zivame.com gets about a million unique visitors a month and has a conversion rate of 2.5-3 per cent. The margins are healthy — 20-35 per cent — similar to the rest of the apparel industry. According to a Technopak report, lingerie is one of the fastest growing categories in India. “Women on an average buy lingerie five times a year and we have noticed this number is going up gradually,” says Kar. “Our target for the next 12 months is to
get 80 per cent of urban women to shop on Zivame.”
While the company is growing 50 per cent month on month, the biggest challenge is to tackle competition — not just from the fashion e-tailers who have introduced lingerie as a category (Yebhi, Jabong, Myntra or dedicated players like prettysecrets.com), but also from organised offline retailers like Lifestyle, Shoppers Stop, etc.

Then there is the unorganised sector. A large part of the bra and briefs market in India continues to reside in the corners of small apparel shops. “The biggest pain point is tier-2 and -3 markets,” says Kar. People in these markets are still hooked on to non-branded products.

But Kar is not afraid of competition. “I welcome competition. It will expand the market and more women will buy lingerie online.”

Apart from the overall challenges, there are also the ones that are specific to apparel e-tail — customers returning merchandise. The ‘return’ rate in e-tailing as a whole is 20-25 per cent; this can go up to 30-35 per cent in apparel. Every item returned adds to the cost of reverse logistics.

However, Kar claims Zivame’s return rate is not more than 2 per cent, and that they encourage women to get the right fit. “We have a very good return policy and the customer has the option of getting a refund or exchanging the product.” And, given that the company is in intimate wear, the returns or exchange are limited to some products.