No Fast Growth Rebound For India Amid Downgrade Fears 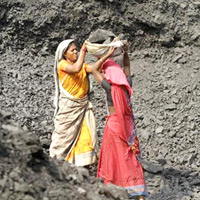 08 November, 2014
Print this article Font size -16+
India's economy likely remained in its deepest slump for nine years in the quarter ending in June, but high inflation and polarised politics leave the country's leaders with limited scope to crank up growth.

Weak demand in the United States and Europe has hit exports of IT services and manufactured goods, but the heaviest toll on the economy is from overspending and the lack of reforms at home - a point made by ratings agencies Fitch and Standard & Poor's, who have threatened to downgrade India's sovereign debt to junk.

Distracted by a scandal over the allocation of coalfields that has paralysed Parliament, the government has further delayed planned big-ticket economic reforms. For now, it is focused on smaller measures it hopes will put the economy on track, including possible budget cuts later in the year.

Many G20 central banks have been moving to support growth through monetary stimulus.

But the Reserve Bank of India is loathe to reduce borrowing costs, among the highest of major economies, until the government reins in spending on subsidies and increases capacity to fight stubbornly high inflation.

"India in a way is in an abnormal cycle with the combination of below-trend growth and above-trend inflation. And monetary policy cannot be the panacea," said Rajeev Malik, a senior economist at brokerage CLSA in Singapore.

A Reuters poll of 38 economists produced a median forecast of 5.3 per cent year-on-year GDP growth for the April-June quarter, unchanged from January-March, which was the slowest growth rate since the same quarter in 2003.

Forecasts ranged from 4.8 per cent to 6 per cent in the poll, ahead of the data due for release at 0530 GMT on Friday.

"We'll be in that 5 to 6 per cent range for next year also," said CLSA's Malik. "The question is going to be how effective is any kind of response from the government and that is anybody's guess at this point."

While strong by global standards, such rates are considered almost recessionary in India, which targets 9 per cent to provide jobs for a bulging young population.