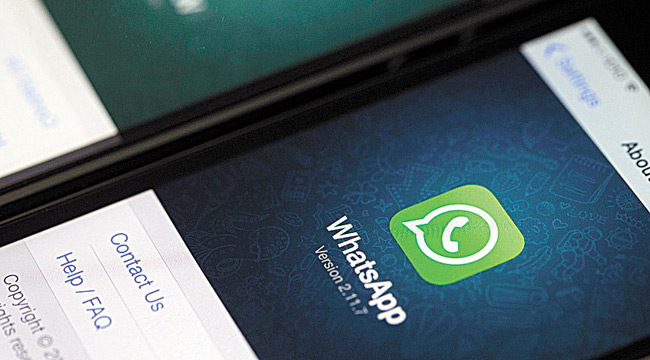 29 April, 2015
Print this article Font size -16+
To keep pace with rival Internet video-calling services Viber and Skype, mobile messaging platform WhatsApp too has launched a voice calling feature. While WhatsApp users may be happy with this new feature, telecom operators are not, as they will be the first ones take a beating. Their revenues from short messaging services have already gone down since people now do all the chatting on Whatsapp.
The telecom companies are already upset as over the top service (OTT) providers continue to nick their pie. And now, their revenue from national long distance calls is under risk as WhatsApp seeks to take over the market of long-distance domestic voice calls with its new feature. While Viber and Skype offered similar services, they weren’t as big a threat as they were largely limited to expensive international calls.
Nevertheless, before WhatsApp calling can take off in India, it has to take care of the call quality, patchy Internet connectivity, encryption, and bandwidth constraints that the platform currently struggles with due to infrastructural roadblocks in India.
Only time will tell how regulators handle the issue of OTT eating into telecos’ revenue pie. The Telecom Regulatory Authority of India has issued a consultation paper on regulating OTT services seeking views from stakeholders. The telecom regulator has set April 24 as the deadline for all the stakeholders to send in their feedback.

Without Stops
Google’s video sharing platform YouTube will soon be launching an ad-free, subscription-based service for its users. In a letter to its stakeholders, YouTube said that the monetisation effort is expected to supplement its advertising revenues.
Revenue opportunities for YouTube, through its paid service, are endless as it is dubbed as the biggest English language channel in India. The service will focus on mobile users who want to stream videos online without being interrupted by advertisements.
Video Game
According to a Mixpo survey, Facebook video could take over YouTube as the top video ad platform. The survey shows that as many as 87 % respondents plan to run video ad campaigns on Facebook in 2015. It is not surprising considering that Facebook has overtaken YouTube in total views; year-on-year FB saw a huge 94 % rise in video posts is the US alone.
Prime Mover
Amazon’s shopping membership programme Amazon Prime has more than 35 million subscribers, according to Macquarie Research. There has been a 300%  year-on-year  increase in traffic to Amazon.com from Prime users.
(This story was published in BW | Businessworld Issue Dated 18-05-2015)
Tags assigned to this article:
magazine social media internet skype youtube whatsapp viber magazine 18 may 2015