Jajpur (Odisha) [India], Aug 28 (ANI): A total of six people including a newborn baby were rescued from a village in Odisha's Jajpur district by a Bari Fire Service rescue team on Friday after the village was inundated by floodwaters from the Brahmani and Kharasrota rivers.
As per RC Majhi, Deputy fire officer, hundreds of villages including Bari, Dasrathpur, Dharmsala, Rasulpur, and Jajpur were completely inundated after heavy monsoon rains caused the water levels of the Brahmani and Kharasrita to cross danger levels on Friday
"Several villagers were forced to take shelter on top of houses, schools, and on dry areas of State highways," he said. 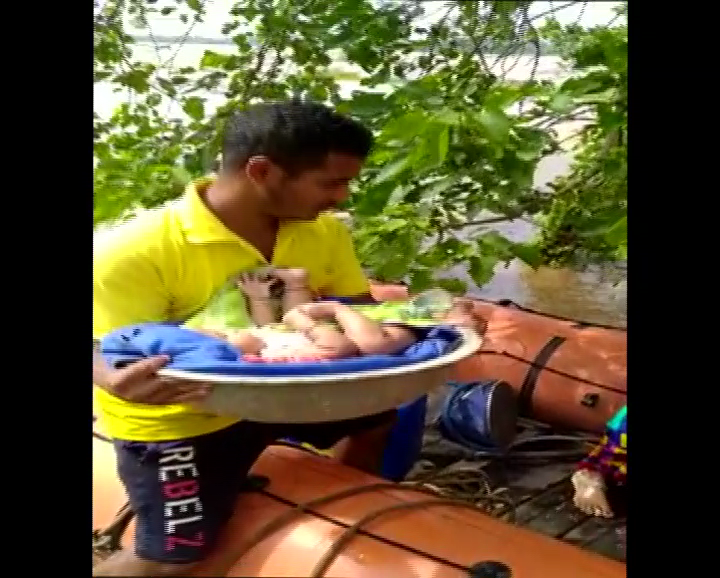