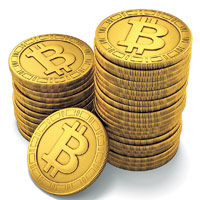 08 November, 2014
Print this article Font size -16+
A task force of US regulators is working on the first bitcoin rule-book, the group’s head said, hoping to protect users of the virtual currency from fraud without smothering the fledgling technology. Numerous companies in the US enable customers to pay for goods and services in virtual currencies. But since bitcoins are not regulated by the federal government, users face a maze of rules across the 50 states. The task force is looking at some model definitions, or model laws or regulations, with a likely recommendation to either the Federal Reserve or the Congress, said David Cotney, Massachusetts’ commissioner of banks. He was appointed to head the new Emerging Payments Task Force, a group of nine members of the Conference of State Bank Supervisors. He said the force has been given roughly a year to complete the task.

Guilty As Charged
Credit Suisse agreed to pay $2.6 billion in penalties and pleaded guilty to helping Americans cheat on their taxes, making it the first global bank in a decade to admit to a crime in a US courtroom. The

plea also signals a tougher posture by the Justice Department, which has faced criticism that it avoided pursuing large banks after the 2008 financial crisis because of the economic fallout. The bank will pay $1.8 billion to the US, which includes almost $670 million in restitution to the Internal Revenue Service. The penalty also involves a $715-million payment to NY’s Department of Financial Services and $100 million to the Federal Reserve.

Smart Settlement
Apple and Google’s Motorola Mobility unit have agreed to settle all patent litigation between  them over smartphones, ending one of the highest-profile lawsuits in the world of technology. In a joint statement, the companies said the settlement does not include a cross licence to their respective patents. Apple and Google have also agreed to work together in some areas of patent reform, the statement said. Google and Apple informed a federal appeals court in Washington that their cases against each other should be dismissed. However, the deal does not apply to Apple’s litigation against Samsung Electronics.

Direct Connection
AT&T plans to pay $48.5 billion to buy DirecTV, in the latest sign that the wireless industry and the US television market are set to converge as customers consume more video on their mobile devices. The deal highlights AT&T’s pressing need for fresh avenues of growth beyond the maturing US cellular business, which has become increasingly competitive. The buy will beef up Dallas-based AT&T’s package of cellular, broadband, TV and fixed-line phone services. For DirecTV, the deal will enable it to offer broadband Internet for the first time to US customers, filling in a gap that had made it vulnerable to cable rivals.  AT&T and DirecTV made the announcement just a few months after Comcast offered $45 billion for Time Warner Cable, a transaction that is set to create the leading US cable and broadband Internet powerhouse. The Comcast proposal is now awaiting regulatory approval.

Pressure Point
The EU is considering raising the pressure on the US in the world’s largest trade dispute by challenging $8.7 billion in tax breaks that encouraged planemaker Boeing to keep production of its latest jet in Washington state, people familiar with the matter said. The recent move is expected to open a tense new phase in the decade-old formal trade dispute over aircraft industry aid, as Brussels and Washington argue about whether they have complied with rulings by the WTO, which in turn could set the tone for sanctions. Both the EU and US claimed victory when the WTO ruled between 2010 and 2012 against billions of dollars of support for Boeing and European rival Airbus, in a pair of cases spanning thousands of pages but lacking a final resolution.

Betting Big
Germany’s biggest lender, Deutsche Bank, plans to raise about €8 billion in new capital by selling shares. The bank plans to raise about €6.3 billion in a fully underwritten rights offer, and an additional €1.75 billion from the sale of a stake to an investment vehicle of the Qatar royal family. The capital raised will enable the bank to substantially increase its capital ratio, provide a buffer for future regulatory requirements and support targeted business growth. The bank is shrinking assets to bolster its finances ahead of a European Central Bank stress test this year.

Hitting A Bump
Swiss voters have rejected a proposal to create what would have been the world’s highest minimum wage after siding with the government and business leaders in a referendum. The plan, which would have pushed up the basic annual salary for a 35-hour week to £27,000, was rejected by 75 per cent of voters. It would have required employers to pay workers a minimum of £14.66 an hour. Government ministers opposed the proposal arguing that it would put smaller companies out of business.

Deal Sealed
Russia’s $400 billion deal to supply natural gas to China after more than a decade of negotiations is tilting the world’s largest energy exporter towards Asia as ties worsen with the US and Europe. Russian President Vladimir Putin is turning eastward as sanctions imposed by the US and the EU because of the standoff over Ukraine batter the Russian economy. The increasing alienation makes trade with China, the country’s largest trading partner after the two-way volume surged sevenfold in the past decade to about $94 billion last year, even more important.

Caught In Crossfire
Visa and MasterCard have about six weeks to decide whether a new Russian law requiring them to pay hundreds of millions of dollars to operate in the country is worth the cost. Visa CEO Charlie Scharf and MasterCard CEO Ajay Banga said they’re talking to Russian lawmakers about making changes to the legislation, passed in response to sanctions the US imposed to protest Russia’s role in Ukraine’s turmoil. At stake is about $638 million in combined annual revenue for the two payment networks as well their foothold in a market that’s shifting from cash to electronic forms of payment. US threats of even more sanctions loom over the discussions.

Higher Returns
Prime Minister Shinzo Abe is moving to shake up oversight of the world’s largest pension fund, expanding the board and giving it new powers to shift out of Japanese government bonds and into higher-yielding assets, according to two people with direct knowledge of the matter. Officials are considering a proposal to add two or three dedicated professional advisors to the committee that oversees investment at the $1.26-trillion Government Pension Investment Fund.