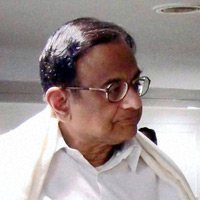 08 November, 2014
Print this article Font size -16+
Concerned over mounting cases of service tax evasion, the Government is mulling to create a separate intelligence unit to check the menace and stop leakage of revenue.

The move to form a new directorate came after rise in the number of services under the service tax ambit, they said.

"The number of services under service tax has increased significantly. There is a need to strengthen anti-evasion activities in service tax to ensure proper compliance from service tax assessees. A separate Directorate of Anti Evasion on the lines of DRI and DGCEI for service tax may serve the purpose," according to an official note by the Ministry.

At present, DGCEI is entrusted with the responsibilities for collecting intelligence and acting against both the central excise and service tax evaders.

Whereas, the DRI is mandated to check customs duty evasion and collection of intelligence about smuggling of contraband goods, narcotics and under-invoicing among others.

Sources said the DGCEI and DRI have been actively catching service tax, excise and customs duty evaders. However, a separate directorate may help in ensuring strict check on service tax evasion, they said. .

There are more than 100 services including air travel, eating out at restaurants, staying in hotels, clubs or guest houses, renting of immovable property, rent a cab, health and fitness clubs and outdoor catering among others mandated to pay service tax at the rate of 12 per cent.

Revenue Secretary Sumit Bose had early this year given a stern warning to excise, customs and service tax evaders to either pay dues on time or face penal action which could include arrest, prosecution and property attachment.

Following this, government has realised Rs 10,453 crore service tax during February, 44 per cent more than collections in the previous month. About Rs 7,255 crore was collected as service tax in January.

As per the revised estimate, the government aims to collect Rs 4.69 lakh crore from indirect taxes, comprising customs, excise and service tax.

Finance Minister P Chidambaram had also in his budgetary speech for 2013-14 highlighted that only seven lakh out of nearly 17 lakh registered service tax assessees were filing returns.

Sources said the government was taking other measures to check service tax, excise and custom duty evaders and working on measures to strengthen anti-evasion mechanism.