New Delhi [India], February 16 (ANI): International pop star Rihanna, who has been in the news ever since she tweeted about the ongoing farmers' protest in India, is making headlines once again. The singer has come under fire for posting a topless picture featuring herself wearing a statement Ganesha pendant.
The 32-year-old singer shared a picture on Instagram that features her in a topless avatar for the shoot of her lingerie brand Savage X Fenty. The songstress can be seen dressed in purple satin short bottoms. To complete her look, she donned several accessories such as bracelets, neckpieces, and statement earrings.
However, what caught everyone's attention, causing a massive outrage on social media, was her controversial pendant. Social media users noticed her sporting the statement Ganesha pendant, after which they called out the star for hurting their religious sentiments. 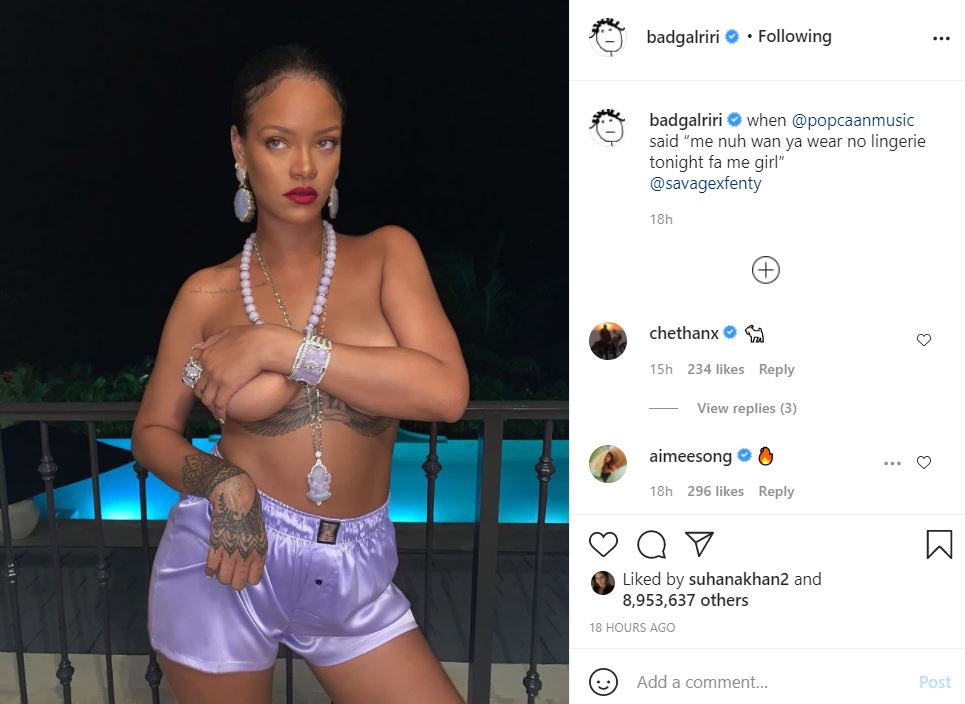 A user commented, "Stop wearing our GODS in these types of pictures. It is soooo damn disrespectful?"

Another wrote, "SHES LITERALLY WEARING A GANESHA NECKLACE WTF MY RELIGION IS NOT YOUR AESTHETIC."

A disappointed follower also commented, "You're wearing a deity necklace and a Murthi of my culture that's already been culturally appropriated enough in the past few years. How is this okay when a person has more than enough resources to atleast find out the meaning and significance of the chains and pendant around their neck? And how is @instagram allowing it? I'm honestly just disappointed at this point." 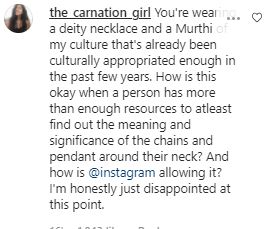 One user asked her to remove the pendant and wrote, "last time I remember she apologized to the Muslim community and now she is doing the same with hindu faith, plz take it down its utter disrespectful to us. U cant sexualize my religion like that and wear it on your sleeves." 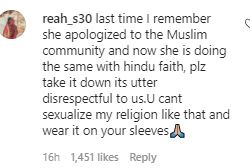 However, the star who is controversy's favourite child, has faced intense backlash before as well.
Last year, Rihanna had landed in another controversy during the launch of her brand Savage X Fenty lingerie show. The event had the song 'Doom' being played in the background which has a Muslim text called Hadith in it. This did not go well with people and they called her out immediately after which she had issued an apology.
Rihanna had also hogged the limelight nearly two weeks back after she tweeted about the farmers protesting on the borders of India's capital against the three agriculture laws introduced by the Central government last year and asked why people were not talking about it. 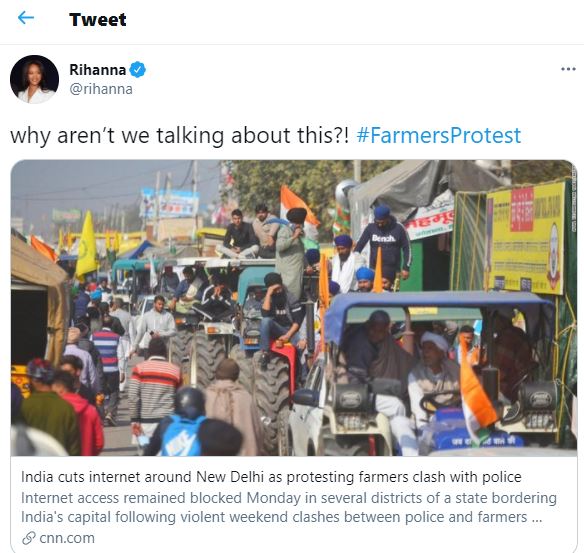 After Rihanna's tweet, many international public figures such as Lilly Singh, Jay Sean, Greta Thunberg, Amanda Cerny, and Mia Khalifa also tweeted about the issue. Many people praised Rihanna for raising her voice in support of the farmers. On the other hand, some celebrities including Kangana Ranaut questioned her motive behind meddling in another country's matters.
Meanwhile, Bollywood stars such as Ajay Devgn, Karan Johar, and Akshay Kumar, and sportspersons such as Sachin Tendulkar, Virat Kohli, and Anil Kumble called to stand united against propaganda being spread against India's policies. (ANI)