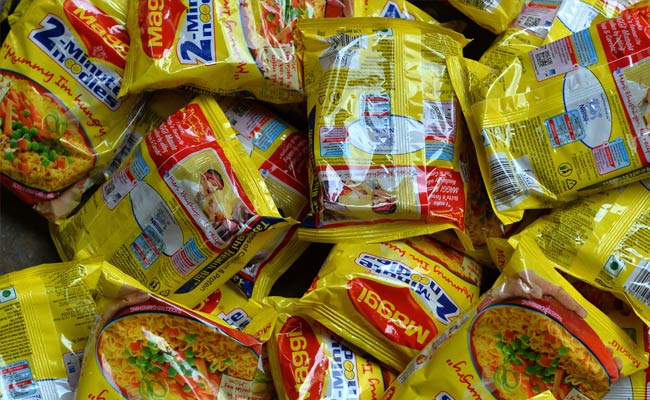 16 June, 2015
Print this article Font size -16+
Food giant Nestle's Indian unit said it would take a hit of more than 3.2 billion rupees ($45 million) from the continuing withdrawal and destruction of its Maggi instant noodles.
Nestle has been battling its worst-ever branding crisis in India since a regulator in the northern state of Uttar Pradesh found monosodium glutamate (MSG) and excess lead in a sample of its hugely popular noodles.
The company on Friday challenged those findings in court but has to continue with the withdrawal until a verdict is reached.
On Monday Nestle India said the estimated sales value of the stock in the market was worth around 2.1 billion rupees. It also has Maggi noodles and related products in its factories and distribution centres worth 1.1 billion rupees.
"There will be additional costs to take into account, for example bringing stock from the market, transporting stock to destruction points," Nestle said in a statement.
Nestle withdrew all varieties of Maggi noodles on June 5, hours before the country's food safety authority (FSSAI) banned the snack, ruling it "unsafe and hazardous".
The company has maintained the noodles are safe, told the Bombay High Court on Friday that FSSAI'S decision was arbitrary, and questioned the standards of testing behind it.
The company said it would deal with the associated costs at the time of reporting results. Nestle India reported its March quarter results on May 15.