New Delhi [India], December 25 (ANI): Bollywood actor Neetu Kapoor shares a glimpse of her Christmas celebrations with her daughter's family on Friday.
After the Kapoor's big family get-together celebrations pictures went viral on social media, every fan wondered about the void space of the main mistress of the family Neetu Kapoor and her daughter Riddhima Kapoor Sahni.
While the guesses were still on loop, the veteran actor took to Instagram and shared a sweet self-taken picture of her festival celebrations featuring daughter Riddhima, her son-in-law Bharat Sahni and granddaughter Samara Sahni. 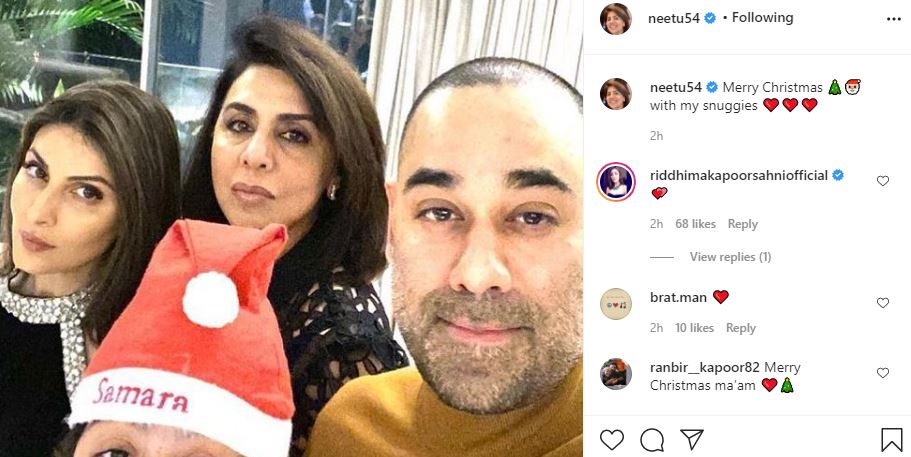