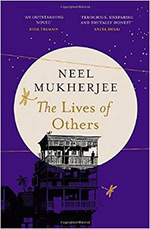 08 November, 2014
Print this article Font size -16+
Kolkata-born British author Neel Mukherjee's latest novel 'The Lives of Others', set in troubled Bengal of the 1960s and centres around a dysfunctional family, has been shortlisted for the prestigious Booker Prize 2014, in its debut as a global literary award.

Mukherjee, who studied at Oxford and Cambridge, was also the only Indian-origin author to be longlisted earlier this year, the first time the prestigious literary award opened up for anyone writing in English regardless of nationality.

"We are delighted to announce our international shortlist. As the Man Booker Prize expands its borders, these six exceptional books take the reader on journeys around the world, between the UK, New York, Thailand, Italy, Calcutta and times past, present and future," said A.C. Grayling, chair of the 2014 judging panel.

"We had a lengthy and intensive debate to whittle the list down to these six. It is a strong, thought-provoking shortlist which we believe demonstrates the wonderful depth and range of contemporary fiction in English," he added.

Mukherjee, now a British citizen, has been selected for his second novel published in May this year. The book is based in Kolkata and centres around a dysfunctional Ghosh family in the 1960s. Mukherjee reviews fiction for the Times and the Sunday Telegraph and his first novel, 'A Life Apart' was a joint winner of the Vodafone-Crossword Award in India.

The others on the shortlist include American authors Joshua Ferris for To Rise Again at a Decent Hour and Karen Joy Fowler for We Are All Completely Beside Ourselves; Australian Richard Flanagan for The Narrow Road to the Deep North; and British authors Howard Jacobson for J and Ali Smith for How to be Both.

Previously, the prize was open only to authors from the UK and Commonwealth, Republic of Ireland and Zimbabwe. For the first time in its 46-year history, the 50,000- pound prize has been opened up to writers of any nationality, writing originally in English and published in the UK.

The books on the shortlist are:
Joshua Ferris (US) for To Rise Again at a Decent Hour (Viking)
Richard Flanagan (Australia) for The Narrow Road to the Deep North (Chatto & Windus)
Karen Joy Fowler (US) for We Are All Completely Beside Ourselves (Serpent's Tail)
Howard Jacobson (UK) for J (Jonathan Cape)
Neel Mukherjee (UK) for The Lives of Others (Chatto & Windus)
Ali Smith (UK) for How to be Both (Hamish Hamilton)