Needed: A Shot In The Arm 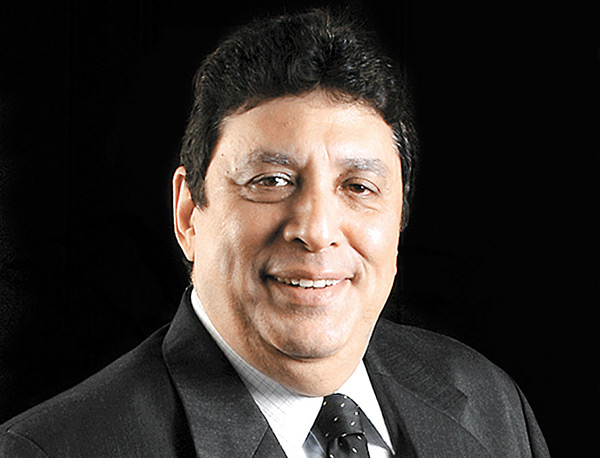 14 January, 2015
Print this article Font size -16+
Sentiments towards the Indian economy have taken a positive turn in 2014. Three fundamental changes are responsible for this: increased confidence, with the new government being perceived as able to deliver on growth; a Prime Minister who leads from the front; and an improvement in India’s key macroeconomic fundamentals. Nevertheless, the government and the regulators are aware that there are a few structural issues that need to be addressed to ensure that the current euphoria is not short-lived. One of these is the current predicament of India’s public sector banks (PSB). India is similar to other countries in Asia such as Japan, South Korea and China, where the public sector plays a dominant role in banking. Given the importance of PSBs in India’s financial sector, it is imperative that solutions to fix the current problems are expedited. Also to propel India’s growth, we need a large volume of investment in infrastructure. For this, we need a healthy banking system.
The lending spree over the past few years and the sluggishness of the Indian economy have left PSBs with a severe problem of bad assets. Given that the corporate bond market in India is not developed, banks have had to support most of the growth in the infrastructure space. With corporates being overleveraged, PSBs have suffered majorly. Gross non-performing assets (NPA) of PSBs have risen from 3.84 per cent in March 2013 to 4.44 per cent in March 2014. NPAs of PSBs further increased in the second quarter of the financial year 2015, and the trend is likely to continue in the next financial year too. According to India Ratings and Research, banks are expected to restructure loans between Rs 60,000 crore and Rs 1 lakh crore in the current financial year.
PSBs need capital to clean up their books as well as to meet the global capital adequacy norms suggested by the Bank of International Settlements. According to the Reserve Bank of India (RBI), PSBs will require an additional capital of Rs 4 lakh crore by 2018 to meet Basel-III norms. This means that these banks will need close to Rs 80,000 crore every year.
One way to meet this huge capital requirement is by creating a holding company structure. I believe the government primarily needs to hold equity in PSBs and not the non-bank financial subsidiaries of PSBs, such as insurance, etc. Investment in these subsidiaries, however, consumes a lot of capital of PSBs as these investments are required to be reduced from the capital of the bank for calculating their capital ratios. If the shares held by banks in their subsidiaries were transferred to a holding firm, the government could divest its holding in these entities and use the proceeds to inject fresh equity in the bank. This would improve the capital ratios of the banks by divestment of the subsidiaries and freeing up capital while the government would raise fresh funds that can be reinvested in the banks.
Now, most PSBs have large tracts of real estate in the form of offices around the country. Their current market value is high, and carrying cost negligible. Hence, another way for PSBs to raise capital would be through the real estate investment trusts (REIT) structure: banks can monetise their large real estate holdings by selling some of them to a REIT with a back-to-back lease arrangement. This way, banks would be able to convert their fixed assets into liquid cash and generate huge profits (capital) that can be used for future growth without hampering their operations.
The government’s plan to reduce its current shareholding to 51 per cent is a positive move. At present, its holding in public sector listed banks ranges from 56 to 89 per cent.
Some say that out-of-the-box thinking will be required, either through a golden share offering or through differential voting rights (DVR). If this were adopted, the government could hold less than 51 per cent in the PSBs, but still retain the power to veto changes. However, for DVRs to be successful in India, greater investor education is required as well as the need to increase the cap on the size of outstanding DVRs (currently, these cannot exceed 25 per cent of the total issued share capital).
For an emerging economy like India, PSBs play a crucial role in achieving long-term sustainable growth. The goal of financial inclusion can be attained only if PSBs are revitalised to be effective and adhere to the highest level of corporate governance standards.
I hope that in the next few years we will see a new era for public sector banks.
(This story was published in BW | Businessworld Issue Dated 29-12-2014)
Tags assigned to this article:
magazine rbi hdfc bank basel iii public sector banks real estate investment trusts keki mistry magazine 29 december 2014