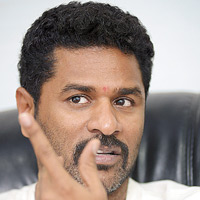 08 November, 2014
Print this article Font size -16+
Things are changing fast in the film industry. A 100-day run for a movie was what mattered five or six years ago. Then by 2010, the certificate of success was membership to the Rs 100-crore club. Now, anything below Rs 150 crore is not exciting. Tomorrow, the benchmark will be Rs 200 crore.

It is the new business model that is working in favour of the movie industry. The three movie industries — Bollywood, and the Tamil and Telugu industries — have stabilised because of their ability to release big-budget films simultaneously to a large audience. Before 2005, it was unimaginable to release a movie in 1,000 theatres. Now, big films debut on 2,500 screens.

Movies today aim to recover their cost during the first two weekends, and anything beyond that is ‘surplus’. To do this, more theatres and multiplexes are opening across the country. More movies are being released, which is also good for the artistes, technicians and financiers.

Collecting the whole cost in a weekend or two is challenging. In Bollywood, the promotion of a big-budget movie begins almost one-and-a-half months before the release. Tamil and Telugu movies are still trailing Bollywood, where lead actors appear on TV channels for promotions.

Business models can change every year as per the taste of the audience, media influence and number of screens. The rapid rise in the number of entertainment TV channels helps the film industry fetch better prices by selling the telecast rights. There are 150 channels in the fray.

The film industry is also aggressively scouting for new markets. Today, making Tamil and Telugu movies is as expensive as Bollywood ones. To retrieve costs, they need to expand the market beyond their language territories, and these two industries have done well with a mix of entertaining and colourful content. Filmmakers spend lavishly on Telugu films, creating 4-5 sets for a song, giving importance to costumes — a dream world for me. Tamil films run in overseas markets like Dubai, the US, Malaysia, Singapore and London; in India, they are quite popular in Kerala, Andhra Pradesh and Karnataka. Now, there is an effort to tap Mumbai, Delhi and other north Indian cities. So, the number of theatres involved in Andhra Pradesh and Tamil Nadu are almost equal to those in west and north India.

The audience for Tamil and Telugu films is passionate too. It discusses movies, watches each release a number of times in the theatre — movies are in its blood. Like Bollywood, the Rs 100-crore club is alive and kicking in the south too. The recent Tamil movie, Thuppakki, grossed Rs 100 crore in just a couple of weeks.

Parallel cinema is also flourishing, with serious movie buffs watching both mainstream and parallel forms. It all boils down to making a good movie and there is no particular formula for this. Movie production costs are also falling, thus generating better margins.

Even though films are no longer the primary means of recreation — high ticket prices are a hurdle — people still stream in to enjoy the magic of the big screen. We have the advantage of a population of over a 100 crore. I see it like this: If at least 2 per cent of the population watches a movie in a multiplex, the potential collection is Rs 500 crore. What will be the box-office collection if 10 per cent watch the movie?