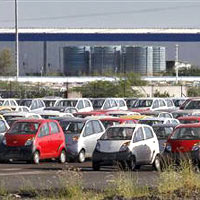 On a query on whether Tatas will go back to West Bengal again, Tata said: "I do not think our position has changed...As and when the hostilities are over and (if) we get an amicable reception, we will think of it."