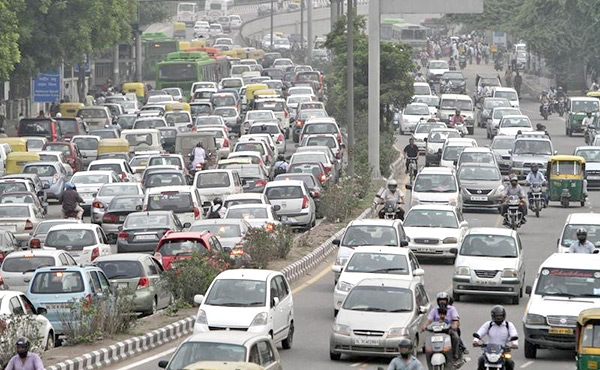 08 April, 2015
Print this article Font size -16+
In a significant step to improve ambient air quality, the National Green Tribunal on Tuesday (07 April) held that all diesel vehicles which are more than 10 years old will not be permitted to ply in Delhi.

Noting that diesel is prime source of air pollution in Delhi, the Tribunal said the situation is so alarming that people have been even advised to leave Delhi due to adverse effects on health.

"We have already noticed that certain stringent measures need to be taken to ensure that residents of Delhi do not travel closer to ill-health with each breath they take. Thus, we direct all diesel vehicles, heavy or light, which are ten years old will not be permitted on the roads of Delhi and NCR," a bench headed by NGT chairperson Justice Swatanter Kumar said.

The Tribunal directed the Transport department of Delhi government and other concerned authorities to prepare a comprehensive data of registration of all such vehicles which are 10 or more years old.

It slammed the authorities for not complying to its orders of November 26, 28 and December 4 last year to better the air quality standards of the capital.

"All authorities and the state have utterly failed to comply to the directions of the Tribunal. Authorities have not even initiated action for compliance.

"Due to the increasing pollutants of air, the life of residents of NCR Delhi is becoming more vulnerable to various diseases and the greatest sufferers are young children," it said.

"It has been pointed out that diesel is the prime source of bringing air pollution in Delhi. Diesel fumes cause damage to the lungs, brain and can cause even cancer. The situation is so alarming that medically people have been even advised to leave Delhi," the Tribunal said.

The Tribunal's direction came while hearing a petition of Vardhaman Kaushik who had contended that "the level of particulates in Delhi is rising manifold".

During the proceedings, Kaushik argued that the state authorities have not shown any effort to implement the orders of the Tribunal.

"I have not seen any change happening. Plastic and other agricultural waste is being burnt in the open. The orders of the Tribunal are being violated," he said.

Earlier, the bench in November last year had banned all vehicles which were more than 15 years old and held that they would not be permitted to ply on the city roads.

It had also directed that wherever such vehicles are noticed, the concerned authorities shall take appropriate steps in accordance with law including seizure of the vehicles.