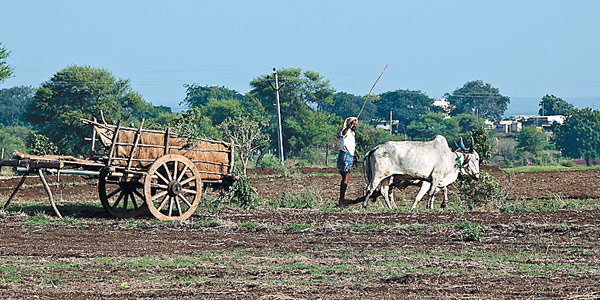 08 November, 2014
Print this article Font size -16+
The NDA government has decided to bring broad changes in the rural job guarantee scheme launched by UPA by proposing at least Rs 25,000 crore of investment into agriculture alone.

"The works taken up under MNREGA shall enhance productivity in agriculture by creating infrastructure helpful for agriculture," says the ministry in a note sent to all states seeking their suggestions on the matter.

The states have been asked to respond before June 23.

According to the proposal, the district programme coordinator shall ensure that at least 60 per cent of the works to be taken up in a district in terms of cost shall be for creation of productive assets linked to agriculture and allied activities through development of land, water and trees.

"This is expected to bring at least Rs 25,000 crore of investment into agriculture," says the ministry note.

The government has suggested new solutions to address the issues including poor asset quality, absence of adequate technical staff for planning/supervision and lack of outcome orientation in the works being carried out under the MGNREGA.

"A special provision of 3 per cent of the value of works done will be created for provision of technical supervision for the works. This amount will be used to deploy required technical manpower to guide in the planning and execution," the note says.

In its note, the ministry says the labour material ratio for works taken up by agencies other than gram panchayats will be counted at the district level. For this purpose, the Para 20 of the Schedule I will be amended.

According to the proposed amendment, "For all works taken up by the gram panchayats, the cost of the material component including the wages of the skilled and semi-skilled workers shall not exceed 40 per cent at the gram panchayat level.

"For works taken up by the implementing agencies other than gram panchayats, the overall material component including the wages of the skilled and semi-skilled workers shall not exceed forty per cent at the district level."

Noting that there were leakages in implementation of MGNREGA due to inadequate supervision and vigilance, the ministry also suggested strengthening of social audits by establishing suitable mechanism that would identify, train and equip rural youth in overseeing implementation of the programme.

Viewing that inadequate banking network and poorly laid out processes leading to long delays in payment of MGNREGA wages, the ministry said delays will be compensated by an effective implementation of the provisions of the delay compensation system.

"Accountability at all levels will be ensured to perform their obligated task in time, failing which a penalty would be imposed on them by the state government," the ministry said.

It has suggested extension of the electronic Fund Management System to all places by providing IT connectivity to cut down the levels of fund flow, optimise fund utilisation and bring in efficiencies.

The ministry also proposed depositing of wages directly into the accounts of the wage seekers using electronic platforms and disbursal of the same at the village level through a bank extension network.