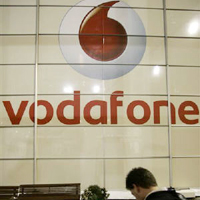 The six telecom operators who got licences in 2008 have not only shaken telecom tariffs but also the foundations of the 14-year-old apex organisation of mobile operators, Cellular Operator Association of India (COAI), which they joined just last year.

The new members have accused Bharti Airtel and Essar Vodafone, who have majority voting rights in the association, of hijacking COAI. Tata Teleservices (TTSL), Reliance Communications, Etisalat DB Telecom, Datacom, and Unitech Wireless have demanded a total revamp of the association and have even threatened to launch a new association if their views are not represented in COAI.

T.R. Dua, officiating director general of COAI, explains that at the core of the issue is voting rights. In the present system, each member gets a vote based on its average revenue (AGR). Subscription to COAI is based on AGR slabs and that subscription determines the voting right. New operators are at the lowest AGR slab and have two votes each while those in the maximum slab have 11 votes. If there is lack of consensus, the majority takes the decision.
"When they joined (COAI), they knew this. Further, every member is at a liberty to present his views independently," says Dua.

Under the present system, Airtel and Vodafone jointly corner more than 33 votes, higher than all the other members' votes together. This results in views of the two companies along with Idea and Aircel being projected as the overall view of COAI members.

The new members are demanding consensus based not on number of votes but on the numerical strength.
The hot issue for the new members is to get 6.2 MHz of spectrum allocated in addition to the 4.4 MHz they already have as start-up spectrum. Operators such as Airtel and Vodafone had also got similar allocations as upfront spectrum. However, COAI, led by the two operators, supports disbursement of 6.2 MHz only through auction.

Other than this, issues such as interconnect usage charges and international long distance tariff are also waiting to erupt.

Saying that COAI is mis-representing their views, a representative of a new operator says, "COAI cannot be run by two companies with one or two more non-committed members. It needs to be reorganized, or a new one has to be formed." Anand Dalal, vice-president of corporate and regulatory affairs at Tata Teleservices (TTSL), says: "TTSL is a member of COAI but COAI has not captured our views. Hence, its views should not be considered as our views."

An open defiance of COAI's views by its majority members was seen at a recent open house session of Telecom Regulatory Authority of India (Trai), which was called to discuss the controversial spectrum issues. "We do not wish to be associated with COAI's views, as it does not represent the majority view," said Vinod Kumar Budhiraja, chief regulatory officer of Etisalat DB Telecom. Trai Chairman J.S. Sarma was forced to intervene and asked the members take the dispute outside. The contentious issues included allocation, refarming and management of spectrum and review of licence terms and conditions. The Trai open house session was the first since 1994, when the first telecom licences were issued to private telecom operators.

Another sign of growing differences in the association was when T.V. Ramachandran stepped down as COAI's director general in October this year after 13 years of managing the show. COAI is now at crossroads. It needs to take a path that will carry all its members together. Else, its collapse looks imminent.