Ayodhya (Uttar Pradesh) [India], February 8 (ANI): Members of the Muslim community on Sunday donated funds for the construction of the Ram Temple in Ayodhya, at Ram Bhawan in Uttar Pradesh's Faizabad.
Talking to ANI about the donation, Member, Muslim Rashtriya Manch, Ayodhya, Haji Saeed Ahmed said, "Lord Ram is everybody's and Ram Temple belongs to everyone. We all Muslims in large numbers will assist in the construction of the temple." 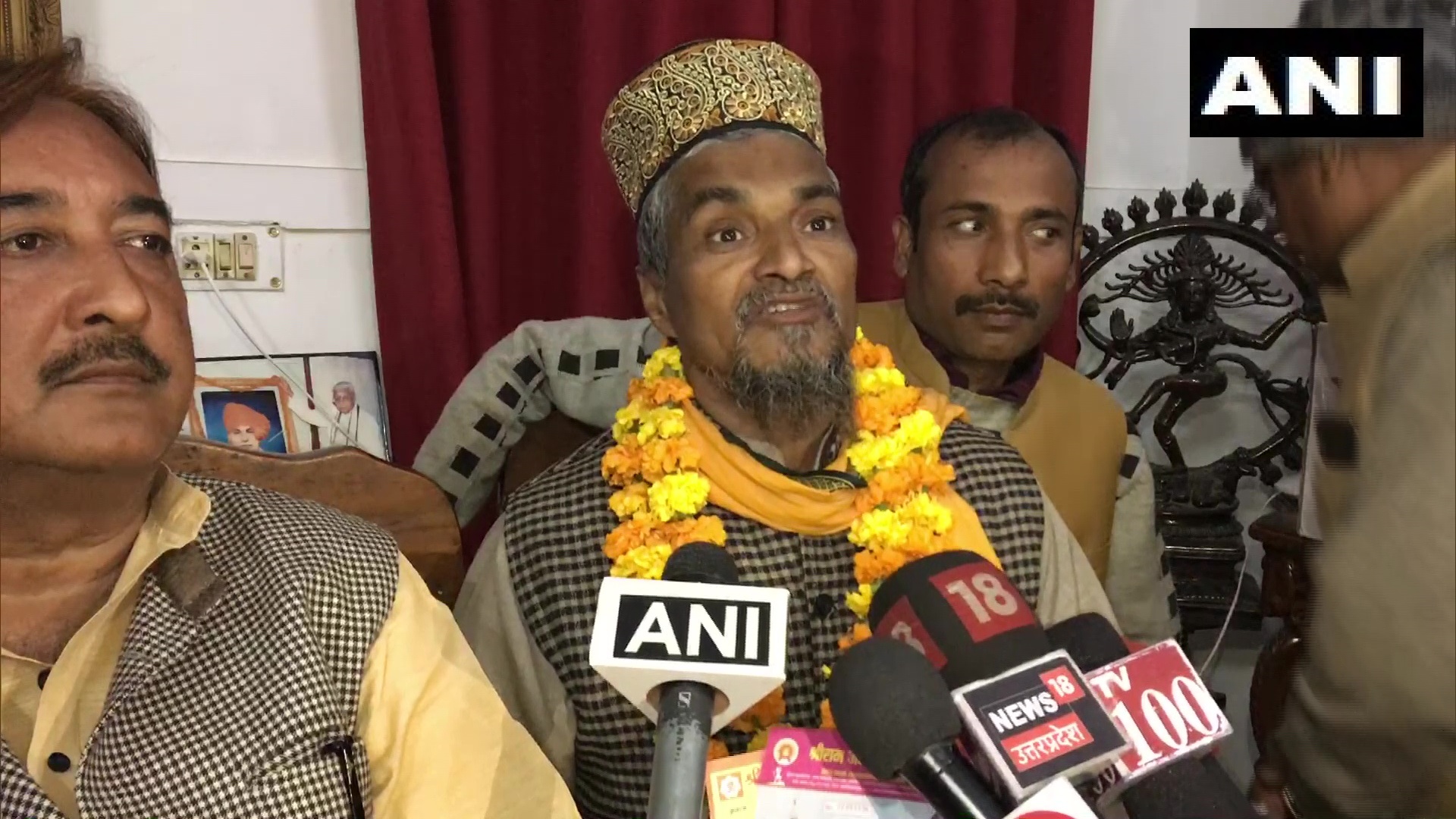 He asserted that whatever Babur and Mughals did in Ayodhya was not right. Lord Ram and his teachings are worth appreciation.
"Lord Ram belonged to our Hindustan and we too belong to this nation. We belong to Lord Ram's dynasty we are all one. We are not from Iraq, Iran or Turkey. Hindus are our brothers. Lord Ram is our ancestor and we have a deep respect for him, he is just like a prophet for us," he added.
Speaking on the occasion, Ram Bhawan President Shakti Singh told ANI, "Today through the 'Nidhi Samarpana Abhiyan', Muslim brothers of Faizabad have donated Rs 5,100 for the construction of Ram Temple in Ayodhya. They have also told us that even in the future they shall participate in the temple's construction."

Nidhi Samarpana Abhiyan is a fundraising drive being conducted for the construction of the Ram Mandir in Ayodhya.
Singh further stated that the initiative sets an example of peace and unity not only in the country but also in the world. Quoting the lines "Mazhab nahi sikhata aapas mein bair rakhna Hindi hain, hum-watan hain, Hindustan hamara" from the patriotic song 'Sare Jahan Se acha Hindustan Hamara', Singh said that the way people from all walks of life came forward to contribute towards the temple construction, is exemplary in its own way.
Shabana Begum, a member of the Muslim community, said that she contributed to the Ram temple construction adding that she wants an end to violence and the establishment of peace.
"I am very happy to donate for this good cause and would like to appeal to all my Muslim brothers to come forward and actively contribute for temple construction," said Dr Syed Hafiz, Chairman, Sayed Mohammad Ishtiyak Mahila Mahavidyalaya, Nawabganj, Gonda.
Shri Ram Janmbhoomi Teertha Kshetra Trust is conducting a mass contact and contribution campaign for the construction of the grand temple in Ayodhya which began on January 15 and will go on till February 27.
After the Supreme Court gave the verdict for the construction of the Ram temple in Ayodhya, Prime Minister Narendra Modi performed Bhoomi Pujan for the temple on August 5, 2020, at the temple site in Ayodhya. (ANI)