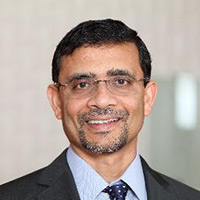 08 November, 2014
Print this article Font size -16+
India’s third largest software services exporter Infosys Ltd has lost its global sales head Basab Pradhan, who tweeted about his departure from the company saying that he was returning to the startup world. Pradhan has been a veteran of the company having joined it in 1994 and this is his second stint with Infosys. He had quit Infosys in 2005 along with a few colleagues to start Gridstone Research as its CEO. In 2009, he rejoined the company.

Infosys has been struggling to bag large orders in the recent past compared to some of its peers like TCS, Cognizant and HCL Technologies. Recently N.R. Narayana Murthy returned to the company as its Executive Chairman. Murthy had said that the company would take all necessary steps to get back to its growth path.

Pradhan’s departure is seen as an indication of the attempt by Murthy to revamp the company’s sales team. Pradhan was a member of the highest decision making body of the company, the executive council. His departure just three days before the company announces its first quarter numbers of the current fiscal may indicate that Infosys might still be struggling to grow.
Read Also: Grievances Galore At Infosys AGM
Read Also: The Return Of Mr Murthy
venkatesha(dot)babu(at)abp(dot)in
venkatesha(at)gmail(dot)com
Twitter: (at)venkateshababu
Tags assigned to this article:
it exclusive to web news 9 infosys nr narayana murthy venkatesha babu hcl technologies basab pradhan growth path