Naqvi also inaugurated the newly constructed block of 88 toilets at Dargah premises and the 'Rain Basera' where accommodation arrangements have been made for about 500 women pilgrims. Naqvi also read out a message by the Prime Minister, which conveyed greetings and best wishes to the followers of the Sufi saint and also stated that the Urs presents a beautiful example of social unity and brotherhood.

"This annual celebration is a beautiful example of social unity and brotherhood. Harmonious co-existence of various religions, sects and beliefs associated with them is a magnificent heritage of our country. Various Saints, Pir and Fakirs of our country have played a key role in protecting and strengthening this heritage. Their eternal message of peace and harmony has always enriched our socio-cultural heritage."

"Khwaja Moinuddin Chishti, who has left an indelible imprint in the society with his Sufi thoughts, is the ideal symbol of our great spiritual traditions. Promoting the spirit of love, unity, service and harmony, Gharib Nawaz's values and views will always continue to inspire humanity."

"On the annual Urs of Khwaja Moinuddin Chishti, I express my tributes to him through sending "Chadar" at Ajmer Sharif Dargah and pray for happiness, well-being and prosperity of the people of the country," PM Modi's message further said. 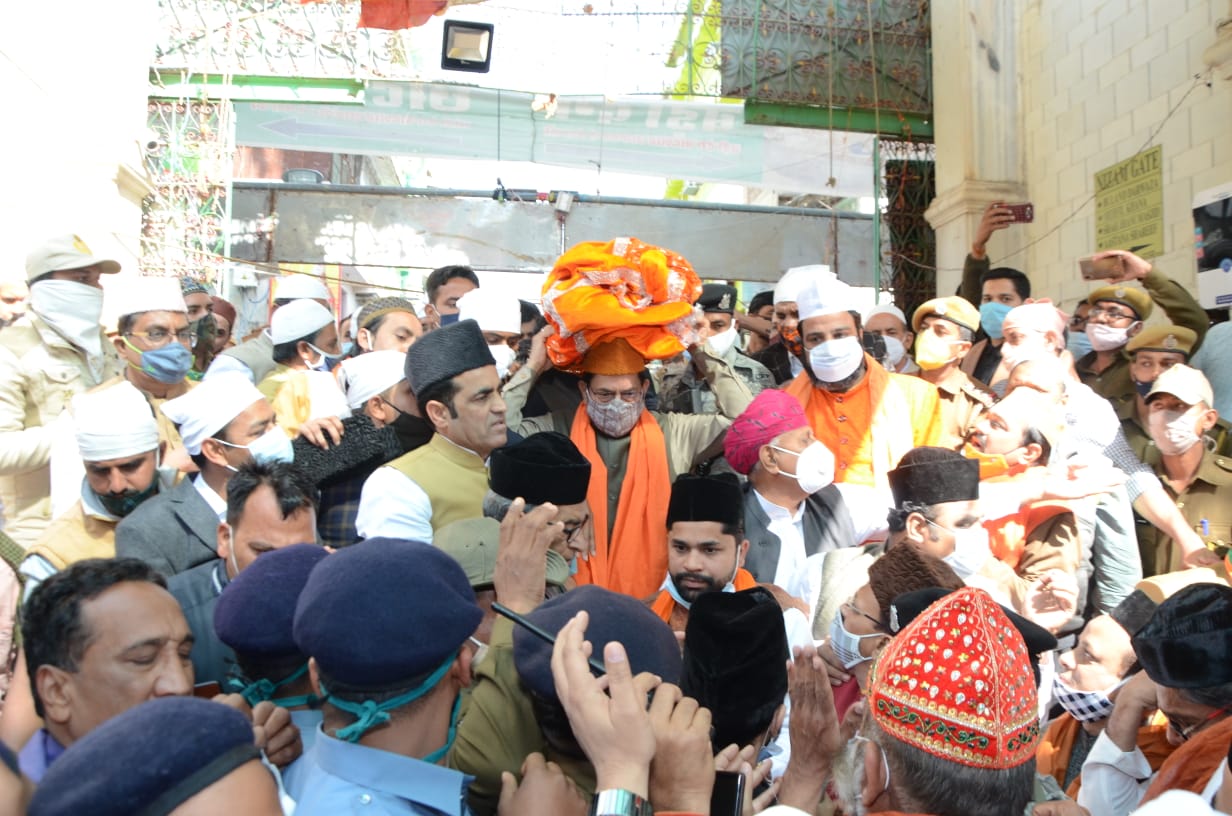 On the occasion, Naqvi said, "The life of Gharib Nawaz inspires us to strengthen the commitment to communal and social harmony. This unity can defeat the forces, who are engaged in the conspiracy to create divide and conflict in society. Khwaja Moinuddin Chishti's message is an 'effective commitment to peace across the world'."

"Tolerance and harmony are the DNA of India and nobody can 'defame and demolish' this proud legacy of our country," Naqvi added.

Naqvi also inaugurated the newly constructed block of 88 toilets at Dargah premises and the 'Rain Basera' where accommodation arrangements have been made for about 500 women pilgrims. T

Naqvi inaugurated Gate No-5 of the Dargah and the fourth floor of the Guest House at Dargah premises as well.