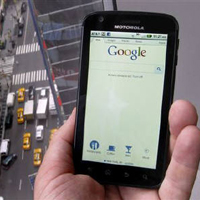 Motorola Mobility, which was bought by Google Inc for $12.5 billion, will cut 20 per cent of its workforce and shut nearly a third of its offices worldwide, a spokeswoman for parent company Google Inc said on 13 August' 2012.

"Motorola is committed to helping them (the employees) through this difficult transition and will be providing generous severance packages, as well as outplacement services to help people find new jobs," the Google spokeswoman said.

The world's No.1 search engine agreed to buy Motorola Mobility last year, aiming to use Motorola Mobility's patents to fend off legal attacks on its Android mobile platform and expand beyond its software business.

Google had previously reserved its comments on Motorola Mobility's future but is now outlining the first steps to turn the company around, under which the ailing cellphone maker will lay off 4,000 employees.

One-third of the jobs lost will be in the United States, but the company has not specified where or what facilities would be affected.

Earlier the New York Times reported Google's plan and said it was looking to shrink operations in Asia and India, by not just exiting unprofitable markets but also stopping making low-end devices and focusing on a few cellphones instead of dozens.

Motorola Mobility, which has 94 offices throughout the world, will center research and development in Chicago, Sunnyvale, California and Beijing.

In addition to the planned cuts, Google has downsized Motorola Mobility's management, letting go 40 per cent of its vice presidents, but has also hired new senior executives, the New York Times said.