Most Dialysis Treatment In India May Fail Global Parameters 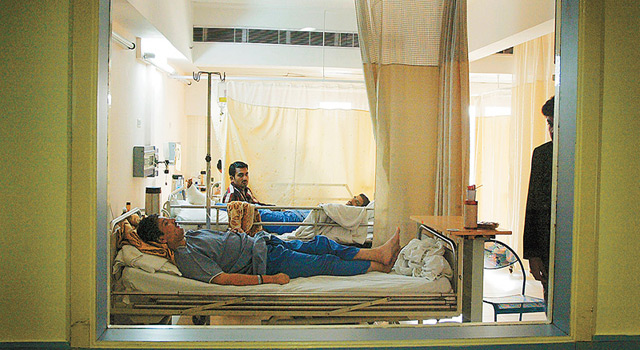 17 June, 2015
Print this article Font size -16+
Majority of the dialysis or kidney failure treatment conducted in India may fail global treatment parameters, warns a study by Hyderabad-based NephroPlus, a kidney care clinic chain.
The dialysis service provider’s study states that 72 per cent patients in India opt for lesser frequency of dialysis for kidney failure treatment than the globally accepted minimum treatment modality (also known as End Stage Renal Disease) which is 3 session per week.
Lack of affordability and awareness were the reasons for under-treatment, it says.
The findings are a result of detailed study conducted amongst over 1,300 patients between January 2013 and July 2014 across 10 states (Andhra Pradesh, Karnataka, Maharashtra, Kerala, Tamil Nadu, Delhi, Telangana, Jharkhand, Uttarakhand and Uttar Pradesh). Out of the centres covered 84 per cent were hospital-based centers and 16 per cent were free-standing centers. Of these, 55 per cent, 28 per cent and 17 per cent, respectively were in Tier 1, 2 and 3 cities.
From zonal perspective, North India presented a very dismal picture with only 14 per cent of the patients undergoing the required 3 dialysis sessions per week. Patients in the southern region were better informed and were more compliant. Around 33 per cent of the patients in the southern region are undergoing 3 sessions a week far better than the national average of 28 per cent.
The research not only highlighted the treatment pattern but it also threw light on the quality of treatment. As per the report, around 16% of the dialysis patients across the country were affected by Hepatitis C calling for better quality treatment facilities across the country.
“With more than 2 lakh people developing Kidney failure every year, kidney disease is one of the most chronic epidemics to affect the country, but it is widely neglected. While there has been some improvement with few of the state government’s coming forward and subsidizing the dialysis treatment, the situation calls for greater participation from state and central governments and also large employers” Kamal Shah, co-founder and director of patient services, NephroPlus says.
Tags assigned to this article:
healthcare news 6 arshad khan dialysis