Morgan Stanley May Invest Up To $186 Mn In India Office Development: Sources 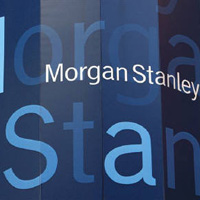 08 November, 2014
Print this article Font size -16+
The global real estate fund of Morgan Stanley is in talks with the Wadhwa Group to invest 9 billion to 10 billion rupees in an office development in Mumbai, three sources familiar with the matter told Reuters.
Morgan Stanley Real Estate Investing (MSREI) plans to invest in jointly developing 1.6 million square feet of office space in Bandra Kurla Complex, a financial district in Mumbai, said two of the sources on condition of anonymity as the deal is not yet final.
Mumbai-based Wadhwa Group has already begun construction on the project, ONE BKC, which will consist of two office towers and is due to be completed by 2014.
If the deal is concluded it would be the first investment by MSREI in an office development in India, said one source.
MSREI has invested about $850 million in Indian real estate, mainly in residential projects, including $100 million to $125 million in a housing project by Mumbai-based Sheth Developers, Reuters reported in December 2011.
MSREI and the Wadhwa Group declined to comment.
Private equity investors have been cautious about the Indian real estate market, investing $1.95 billion in 2012 compared with $9.8 billion in 2007, according to data from research firm Venture Intelligence.
On Thursday, Reuters reported that US private-equity firm Blackstone Group, along with two other companies, agreed to buy a business park in Bangalore for $367 million, citing two sources with direct knowledge of the matter.