More Than A Cosmetic Change 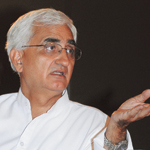 In an interview with BW last week (‘The Companies' Bill Is A Priority'), the minister of state (independent charge) for corporate affairs, Salman Khurshid, had said that pushing the Bill was one of the biggest initiatives of his ministry as part of the 100-day agenda.

But it may still take a while before the Bill becomes a law. The government expects opposition to the Bill when it is tabled in Parliament in the current session.

"Parliamentarians would be storming the Bill," says a senior official in the corporate affairs ministry, who did not want to be named. "Their recommendations would have to be implemented, so we will consider the recommendations from other quarters as well." In fact, so sure is the ministry about the opposition to the Bill that it has prepared itself to refer the Bill to a Parliamentary Standing Committee. The committee comprises representatives from various parties to arrive at a consensus on the various disputed clauses.

"It (Cabinet approval) is nothing but a technical formality, which we have completed," says the ministry official. Meanwhile, the duration in which the Bill will be discussed by the standing committee will be used by the ministry to incorporate the awaited recommendations of the Institute of Chartered Accountants of India (ICAI) and from various corporate quarters.

Yet, Cabinet approval has begun a process that promises far-reaching changes in the way companies and promoters run their businesses.

For one, the Bill introduces the concept of a ‘dormant company'. Industry had been demanding dormant companies for various reasons, including squatting on a company name to keep it ready for a future project, or to hold intellectual property or asset such as a lease or a property. Since dormant companies have no significant transactions during a financial year, they do not need to be mandatorily audited on a regular basis.

The new Bill also introduces the concept of key managerial personnel — single person companies — where the company would be allowed to raise funds from shareholders, but not via public issues. There will be a single window clearance for mergers and acquisitions, tougher laws to deal with money siphoning, and a ban on special loans for directors.

More importantly, the Bill will empower the Union government to constitute special courts and serious fraud investigation office (SFIO). The SFIO has been given powers of search and seizure of records and evidences. However, SFIO officers will not have the power to prosecute companies.

The Bill has also proposed rotation of statutory auditors. Even the role of an independent director and his responsibilities and liabilities have been clearly defined in the Bill. The Bill has reversed the provisions of Section 67 of the Companies' Act — where the conduct of siphoning is a compoundable offence — the Bill has provisions to make it non-compoundable.

Officials say the Satyam fraud had been discussed at length before presenting the Bill to the Cabinet. "But during our analysis, we found that there were sufficient provisions of the Act to tackle such a situation."

The Bill also has more stringent disclosure provisions for corporates. Having spent nearly five years in the works, hopefully the Bill will live up to the vast expectations it has generated.