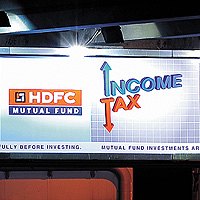 Instead of passing through investor acquisition costs, asset management companies (AMCs) had to rework customer acquisition strategies and cost structures. Most importantly, the Sebi move also changed the power equation between investor (or customer), the distributing intermediary (including financial advisors) and the manufacturer of financial products, the mutual fund.
Nineteen months down the road, each of the parties has come to terms with the changed climate. True, several issues remain to be worked out — investor awareness, for one, and how mutual fund products will be sold (how the presence of online distributors will, for instance, change the game). But the collapse of the industry that many cried would happen, is a fear that will not be realised.

Admittedly, on the one hand, the kind of investor inflows that marked the boom-boom years of 2006-07 have declined. On the other hand, the economic slowdown following the global financial crisis resulted in continuous redemption from several funds, reducing their overall corpus. The decline in equity values reduced retail investor faith in most markets, but was, perhaps, most visible in the mutual fund segment because of redemptions.

But mutual fund companies also gained some valuable insights; for one thing, they moved to curb their dependence on distributors. Second, some leading mutual funds decided to go direct to the investor, following in the footsteps of others who had tried it successfully. Franklin Templeton, for instance, runs small seminars of about 30-40 people on investor awareness; those seminars also become a trust-building mechanism for the fund.

Third, many pushed systematic investment plans (SIPs) as the instrument of savings choice for retail investors. In a sense, investors who knew the old bank recurring deposit — you put aside a fixed sum of money each month into an account — liked the idea, and found it easy to understand. Of course, bank progeny such as HDFC Mutual Fund, where the parent is primarily retail-focused, were able to leverage their capabilities well on this front.

But several challenges remain to be met. For one thing, mutual funds may be negotiating better with distributors, but the latter still have the edge. If they do not get enough money, their interest in pushing mutual funds tends to fade (it also drives them into the arms of the insurance companies that sell a mutual fund-like product, the unit-linked insurance plan or Ulip, but that is a story by itself). Second, many mutual funds are yet to get their act together on improving investor awareness.

Third, mutual funds are a so-called push-product, which means they have to be sold, or marketed. In selling products to investors, there are shades of ‘mis-marketing'; this does not imply that investors are being led up the garden path, but that matching investor needs with products is less diligent than it should be. AMCs will have to deal with that to grow. Finally, mutual funds have to perform, or deliver results that are better than the market or what the investor could have done on her own. In subsequent pages, we will be recognising those who delivered value to their investors.

Playing The Piper, Calling The Tune
For better or worse, distribution is key to market penetration for mutual fund products. More than interest, it is incentives that get distributors to sell mutual fund products. And therein lies a problem. "If one looks at the numbers, you might believe that the business was being conducted almost entirely for the distributors," says K.N. Vaidyanathan, executive director, Sebi, whose ambit in the market regulator covers mutual funds. "The ban on entry loads was the first step to correct that."

Some back-of-the-envelope calculations done by Businessworld highlight the startling numbers: in 2008, AMCs as a whole made about Rs 250 crore in revenues. Distributors — if one includes marketing expenses shared — amounted to Rs 6,000 crore. In the next year, the market pullback was still in effect, so reduced numbers showed that while AMCs made roughly the same amount of money, distributors' take was halved to roughly Rs 3,000 crore. The entry load ban was introduced in August that very year.

In 2010, markets picked up again, and interest in mutual funds came back with almost a bang. AMCs, on the back of improved negotiating with distributors and cost control, made about Rs 1,000 crore; the distributors amassed Rs 4,000 crore. That also suggests that roughly Rs 1,500-2,000 crore that would have gone to distributors went back to the investors in the form of higher net-asset values (NAVs) of their mutual fund investments.

Distributors still hold considerable sway, of course. "Without distributor engagement, selling mutual funds is really difficult," says Rajesh Krishnamoorthy, managing director of Fundsupermart.com, an online distributor of mutual fund products. "Sales get affected, and there is less excitement among investors even about new products or offerings."

But that scenario could be changing. His company's platform is used by 36 AMCs, of which 11 are fairly active users. The bulk of the sales, however, goes to the top five funds: HDFC Mutual Fund, ICICI Prudential, DSP BlackRock, Reliance Mutual Fund and Birla Sun Life Mutual Fund. While Krishnamoorthy declined to share numbers — his is a privately held start-up — sales have gone up by 1.5 to 2 times in the past two quarters.

KYMF: Know Your Mutual Fund
As most people are aware, mutual funds are of two or three basic types: equity, debt and a hybrid of the two. Equity gets the most press, since stocks are more interesting than bonds, at least in the Indian context. Equity funds are favoured by the retail investor over debt mostly; institutional investors are the larger customers in debt funds (though this fact may be changing, as various fund managers profiled in the following pages elaborate).

"No one asks the question: who is this product for?" says Vaidyanathan. "No one says anything about risk. Equity is 100 per cent risk. If the goal is to sell safety of investment, why would you sell the highest-risk instrument to retail investors, and lowest risk (debt) to corporate or institutional investors who are capable of taking equity-level risk?"

Part of the answer can be attributed to the distributor-AMC-investor equation discussed earlier on in this essay. To some degree, critics blame the AMCs for letting their distributors call the shots. "Take the liquid fund," says one mutual fund industry analyst and consultant. "Many of them invest in certificates of deposit on banks that pay about 8 per cent. It is a short-term investment, and yet, no distributor will recommend it because the brokerage paid by the AMC on liquid funds is very low."

"Retail participation in debt funds has grown, and between early 2009 and now, it has grown substantially," says Suyash Choudhary, head, fixed income at IDFC Mutual Fund. "That is true even in short-term debt funds, which are usually perceived to be institutionally focused."
Part of the problem may be that investors see returns in percentage terms of interest rates, rather than on the amount invested. It is hard for many to conceive that a fall in interest rates will lead to capital appreciation.

It's All About Performance
In the end, it all comes down to performance. As a poster for bad performance, it is hard to beat JM Mutual Fund's Core 11 Fund. This was a special fund that raised Rs 600 crore when launched. It would invest in exactly 11 stocks, and adjust the share of each stock depending upon its weight in the market; generally it would be an actively managed fund. Today, the net-asset value of a Rs 10 unit is about Rs 3.70. That is what equity risk can do.

But other equity funds have not done too badly in the past three years, but have not done spectacularly either. Many would blame the timing of the financial crisis, followed by a lot of bad news as a big factor (despite the India growth story!). Others blame the regulatory muddles, including the no load ban, though just as many acknowledge that it has been a good thing.

Debt funds have not done too badly either, though their returns look less awesome. Interest rates and yield curves are harder to understand than price-earnings ratios for the uninitiated; most investors may be taking the advice of some of the fund managers who are this year's awardees: do not invest in something you do not understand. But investors have tried, and made mistakes.

"Take corporate bonds, or the CD (certificate or deposit) market," says Choudhary. "There are some ultra short-term funds where the return is 10 per cent. In the long bond funds, it is only 9 per cent, because the yield curve is inverted." That means short-term interest rates are higher than long-term interest rates, contrary to the normal idea that long term rates should be higher than short-term rates. But interest rates are a function of demand and expectations, too. To get investors to understand, AMCs must invest more in investor education.

The following pages will take you through some of the trends that fund managers have used and give you insights about how they see markets behaving in the near term future, or the next year or two. But what of the long vision? There seems little doubt that in the past year or two, many mutual funds have been shaken up. Of the 40 or so AMCs that exist today, it is entirely likely that about 25 will not survive, or will be bought over. Some will have to return to start-up mode. The good news is, the market for mutual funds itself is huge. Brands that evoke trust will win in the end. With that in mind, come raise a toast with us to this year's winners as we take you through the next few pages.