Monsoon May Arrive In 24 Hours: IMD 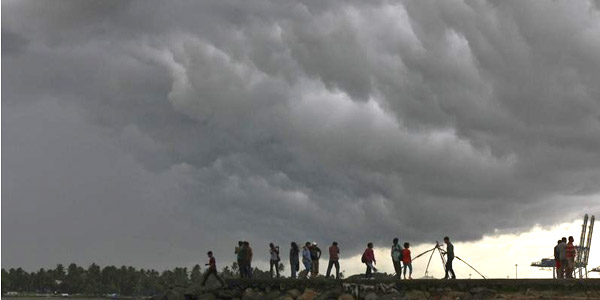 08 November, 2014
Print this article Font size -16+
India's southern coast could witness the arrival of this year's monsoon in the next day or so after sporadic rains in recent days heralded the arrival of the wet season that is crucial to farmers in Asia's third-largest economy.

"Conditions have turned favourable for the monsoon onset in about 24 hours," an official of the India Meteorological Department (IMD) told Reuters on Thursday.

In a typical year, the monsoon begins on or around 1 June but government forecasters had forecast a five-day delay and below-average rainfall in this year's wet season.

Rains are vital to rejuvenate an economy battling its longest economic slowdown since the 1980s and to cool inflation that has averaged nearly 10 percent for the past two years.

The farm sector accounts for 14 per cent of India's nearly $2 trillion economy, with two-thirds of its 1.2 billion population living in rural areas.

Half of India's farmland still lacks access to irrigation. The country plans to expand irrigation coverage by at least a tenth by 2017 to cut its dependence on the seasonal rains.

Experts said the spread of rainfall near the southern coast does not qualify for a formal announcement of the monsoon onset.

Last month, the IMD predicted a delayed onset for this year's monsoon over the Kerala coast around June 5, give or take four days."IMD considers factors such as wind speed, cloud formation with rainfall quantum before announcing the onset of monsoon," said D.R. Sikka, former director of Indian Institute of Tropical Meteorology.

Usually, it takes around 24-48 hours for the monsoon rains to arrive on the south of coastal Kerala after crossing northern tip of Sri Lanka. Sowing operations in rice, pulses and cotton have already started in many growing areas of Northwest and Southern India, taking advantage of pre-monsoon showers.

Farmers have taken notice of the farm ministry's advisory to sow summer crops early this year as the second half of the four-month rainy season could be witness drier weather due to the El Nino weather pattern.

The Australian Bureau of Meteorology in its latest updatesaid there is high chance of El Nino weather event this year. ElNino has the potential to cause severe droughts in Asia Pacific including India.