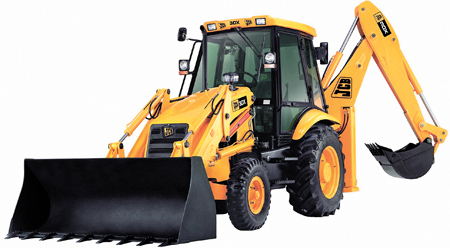 08 November, 2014
Print this article Font size -16+
Last year, 35-year-old Vicky, a resident of Chhattarpur on the Delhi-Gurgaon border, took over his family's truck business and added two more vehicles to his fleet. But instead of trucks he bought what he calls "JCBs".

‘JCB' has become synonymous with the ubiquitous backhoe loader — one of the largest selling construction vehicles in India. It can excavate and move large quantities of mud. Vicky loads his trucks in minutes; makes more shipments; and saves on labour. He even rents out the backhoes to contractors at Rs 600 an hour.

Vicky's fortunes mirror the rise of the Indian construction equipment industry. The Indian market's estimated turnover may be just $3 billion (about Rs 13,500 crore) compared to the global turnover of over $75 billion, but it is growing. Through the 1960-90s period, there were only a handful of players in this sector, including the public sector Bharat Earth Movers (BEML). But over the past few years, as construction became more mechanised, a large number of original equipment manufacturers (OEMs) have come in — Japanese excavator major Kobelco and mining equipment maker Komatsu, US-based construction and farming equipment major John Deere, Chinese excavator and construction equipment companies Sany and Liugong, and Korean behemoths Hyundai and Doosan.

Till a few years ago, BEML was the market leader in earthmoving equipment. But now, JCB India (a 100 per cent subsidiary of its UK parent) leads with 50 per cent market share, says an ICRA study. It recently sold its 100,000th machine. JCB India is followed by Telcon in the backhoe loader segment. In the hydraulic excavator segment, L&T Komatsu and Telcon lead, while BEML and Caterpillar dominate the dumper and dozer segments. Chinese companies, too, are entering the market with existing as well as new products. For instance, Sany's specialised cranes are gaining popularity in India.

What brings them to India is the growing demand here, while it slackens in developed markets. While India's share in total global sales has increased from 1 per cent in 2000 to over 4 per cent in 2009, during the same period, North America's share has dipped from 35 per cent to 18 per cent; Europe's from 31 per cent to 19 per cent and Japan's from 14 per cent to 7 per cent.

"Penetration (in India) is very low. Even today, manual labour is used to a large extent and there is great scope for mechanisation," says Pavethra Ponniah, assistant vice-president at ICRA.

Though the construction heavy equipment industry posted negative growth of 5 per cent in 2007-08, it is expected to rebound and see 100 per cent growth in 2009-10 — higher than the 7 per cent expected in China — riding on increased infrastructure spending by the government and expansion in real estate.

According to estimates, government expenditure on infrastructure is likely to result in construction expenditure of nearly $254 billion (about Rs 11.43 lakh crore) between 2008-09 and 2012-13. On the policy front, too, the government has allowed favourable depreciation rates and removed tariff protection on capital goods. India Brand Equity Foundation (IBEF) estimates that $616 million (Rs 2,772 crore) were invested in the industry at the end of 2009.

After the drop in 2007-08, the industry bounced back in November 2009 and has maintained a healthy growth since, thanks to increased financing available, step-up in infrastructure investments and pick-up in demand for commodities globally. "We have a very positive outlook in the medium to long run for the industry," says Ponniah.

Fight For The Pie
The potential is not lost on any company. Vipin Sondhi, managing director and CEO of JCB India, feels the key is servicing. "Unlike automobiles, which come to workshops for repairs and maintenance, we have to go to these machines at sites," he explains. JCB India's 51 dealers have hired nearly 3,800 service technicians.

Similarly, Hyundai Construction Equipment India (HCEI), within three years, has set up a network of service centres at 70 locations (without piggybacking on Hyundai Motors).

Besides servicing, most construction machine manufacturers also provide training to those who buy the machines. "Knowing how to operate and maintain these machines is very important. It requires highly trained people to operate these machines," explains S.R. Subramanaian, L&T Komatsu's chief executive. For instance, says Subramanaian, machines often get spoiled as they are washed with water.

Of course, production is of prime importance. While JCB India's facility in Ballabgarh, Haryana, is the largest backhoe loader facility in the world producing 100 units every day, HCEI imports its excavators. Prabhat Tiwari, head of marketing at HCEI, says even imported machines work well in Indian conditions. In 2010, HCEI has been able to sell 1,100 units — almost double the previous year — with 40 per cent repeat orders.

Most companies, however, feel that while some specialised machines can be imported, a manufacturing base in India is important.

Rajesh Sharma, senior vice-president, Escorts Construction Equipment, feels it is important to make machines suitable for Indian conditions. Agrees Ponniah: "The soil conditions, etc., vary across countries and, hence, a certain amount of indigenisation is important. Moreover, costs of imports can often be higher and also, companies are perpetually subject to foreign exchange fluctuations. Indigenisation will bring down costs. India is a cost-conscious market."

Deere, Doosan, Kobelco, Liugong and Sany are all in the process of setting up manufacturing plants in India.

The competition can only get tougher with all the major players offering the same products. What will finally distinguish one from the other? Will price be the all-important differentiator? "In the coming months, there is going to be cut throat competition very similar to that in the automobile sector," predicts Subramanian of L&T Komatsu. Good news for Vicky.