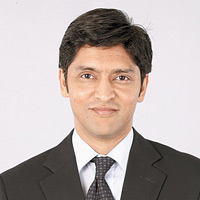 09 June, 2015
Print this article Font size -16+
Yesterday, I listened to a pitch from a 23-year-old wearing a Mickey Mouse T-shirt. Mickey Mouse’s smile was the closest we came to the S-curve...

The tendency in startups is to shift the figuring out from the first half of the curve to the growth phase of the curve — let’s first pitch for growth and then figure out what gives. I attribute this to the cramping down of the breathing phase that startups used to enjoy in less active times of new business creation. Nowadays, spaces are blossoming like the seasonal appearance of certain varieties of flowers where the garden is suddenly overrun by the brilliant yellow of marigolds. Some of these varieties are foreign transplants and some desi variants. But in both cases, they appear together in bunches. Peer pressure, fear of not getting picked by deep-pocketed gardeners and urgency to show growth to attract the right hires make for a conflicting mix of rhythms in a startup.

When a 23-year-old decides to start up, there cannot but be a streak of rule-flouting, iconoclastic, world-chewing belief accompanying it. Mickey Mouse has something to do with all this. The lack of history causes a lack of fear. The lack of fear allows for a beautiful mindset where growth is not pulled back by the limits of the past and the constraints of the present. The only thing that the past three years has taught us is that ‘over-thinking’ is a sign of weakness. There are no benchmarks. There are no guidelines and there are absolutely no patterns. In a world of low-cost capital, growth is the closest analogue to success. A glorious death is considered more worthwhile than an average life.

But a little figuring out won’t hurt either. Money will not always be in abundant supply. Need for consumer centricity always will. Delaying the dilution of your core-quality users with high burn paid installs will delay gratification but keep your product honest. Forcing original thought process in your teams will strengthen the organisation from inside.

Sending a strong message to your team and not taking shortcuts will clear the confusion on what is right and what is not. Using other people’s money to fulfil your dreams puts more responsibility to persevere in the face of possible failure. Pause to think about what behaviour you expect from every employee that you will not compromise on. And most of all, be thankful for the opportunity you have got.

The Indian digital economy will create market value of a few hundred billion dollars over the next decade. India’s digital economy is for the young, by the young and of the young. They understand the need, they build the product and they will own the consumer. If you are young and part of new company-building, it is inevitable that you will own the digital economy — if not tomorrow, then maybe in the next attempt. But let the rush not lead to only quick gratifications.

Mickey Mouse’s creation has transcended one world war and several depressions and downturns. A mouse was born by reworking a rabbit called Oswald.  Let’s make our Mickeys in such a way that they are as long lasting as the original.

The author is co-founder and MD at Helion Venture Partners