India’s SCO entry is important as it recognises the legitimacy of its interests and role in Central Asia, writes Kanwal Sibal 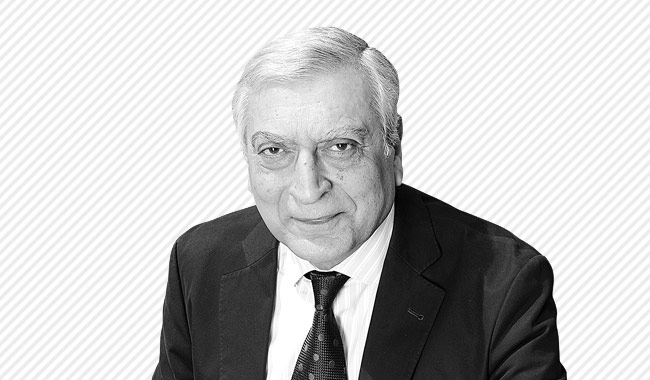 07 August, 2015
Print this article Font size -16+
The geopolitical importance and the economic dimension of India’s membership of the Shanghai Cooperation Organisation (SCO) and Prime Minister Modi’s visit to the five Central Asian states in July this year bear examination. India, which got observer status in the SCO in 2005, should have become a full member earlier but for China’s resistance. Russia has been supportive of India’s membership, but has had to accommodate China’s adamant position on coupling it with Pakistan’s membership. Although the SCO comprises of states that were not too long ago part of the Soviet Union and Russia should normally dominate this geographic space, its weakness after the Soviet collapse and China’s spectacular economic rise during the same period, which allowed the latter to   establish strong trade and energy linkages with this area, have obliged Russia to defer to China’s interests in order to maintain their cooperative partnership in the region.
The strength of India-Russia relations apart, relations between India and the Central Asian states have been free of any negative factor, unlike in the case of Pakistan which has been seen as a source of the destabilising threats of religious extremism and terrorism to the secular polity of these countries, with Pakistan’s role in Afghanistan in supporting the Taliban relevant in this regard. Empirically, India, the South Asian region’s major economy, is by far a more attractive economic partner for these countries than Pakistan. But these considerations have not clinched the issue in India’s favour all these years. For Pakistan, it would have been politically humiliating if India had got an entry into a Central Asian organisation without it in tow. Pakistan considers itself a bridge to Central Asia, but one that is closed to India. It has done all it can politically to deny India access to Afghanistan, and through it to Central Asia. China’s ‘iron’ relationship with Pakistan has influenced the time table of India’s SCO membership.
If the doors to both countries have been opened now, it is because Pakistan’s membership consolidates geo-politically China’s One Belt One Road initiative. China’s plans are to connect the proposed China-Pakistan Economic Corridor (CPEC) that would link Sinkiang to Gwadar to Central Asia through Afghanistan. The land-locked Central Asian states would look positively at the creation of such outlets to the sea. They could benefit as well from an integrated market in the region driven by Chinese trade and investments. China’s decision to promote reconciliation between the Afghan government and the Taliban with Pakistan’s assistance would be part of its larger plans for the region that would require stability in Afghanistan.

From Russia’s point of view, Pakistan’s entry without that of India, besides not being politically feasible in the context of India-Russia strategic ties, would strengthen China’s position further in the SCO through the China-Pakistan axis. Bringing India in establishes a balance. Beyond all this, the SCO is being projected as an organisation intended to exclude or marginalise the US in the region, and even, absurdly, as a rival to NATO. Bringing India in strengthens the logic of the Russia-India-China dialogue (RIC) and BRICS, besides countering the perception that Russia is being successfully isolated by the West. India’s entry, and that of Pakistan, bolsters the Eurasian thrust of Russia’s and China’s policies.
India’s SCO entry is important as it recognises the legitimacy of its interests and role in Central Asia. It will provide a platform to India to influence the agenda of the organisation, introduce areas of cooperation where India has strengths, deal with the Central Asian states collectively rather than only individually and work on common programmes. The issues of terrorism and religious extremism are of priority concern to Central Asian states, Russia as well as China, and Pakistan will, hopefully, come under some pressure on the subject because of its unique position as both a victim and promoter of terrorism. Whereas within SAARC, Pakistan can pay lip service to combating terrorism, as only India is the victim, within the SCO Pakistan will be ranged against several countries who want this menace to be eliminated.
PM Modi’s decision to visit the five Central Asian states together has been well received by them.  The terrorism issue was discussed with all, and this finds strong reflection in the joint statements. India cannot compete with China in the region as we lack contiguity and its financial means, but we have niche areas in which we can work with these states, whether in the IT, agriculture, health, pharmaceuticals, education, training, capacity building, entrepreneurship and the like. Defence cooperation agreements were signed with Kazakhstan and Turkmenistan during PM’s visit, in addition to further consolidating defence ties with Tajikistan and Kyrgyzstan. Tajikistan is of particular strategic importance in view of US/NATO withdrawal from Afghanistan and the Taliban’s resurgence. Access to Turkmenistan gas, difficult at present because of instability in Afghanistan and our security issues with Pakistan, remains a goal. However, a urea production facility to be built by India has been agreed to. With Kazakhstan, the agreement to purchase 5,000 metric tonnes of uranium is important for our civilian nuclear programme. With Uzbekistan discussions on uranium purchase will continue.
These states have welcomed India’s decision to invest in Chabahar and back the North-South Transport Corridor through Iran for greater connectivity with India.
All in all, India has registered a net gain in Central Asia.
The author is a former foreign secretary of India and former envoy to the US and Russia
(This story was published in BW | Businessworld Issue Dated 24-08-2015)
Tags assigned to this article:
magazine magazine 24 august 2015 Shanghai Cooperation Organisation narendra modi central asia russia afghanistan pakistan kanwal sibal