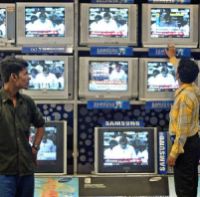 08 November, 2014
Print this article Font size -16+
The rapid increase in mobile and wireless connections are driving the growth of internet penetration in India and key beneficiaries are new media segments including internet advertising, online classifieds, and gaming, says the Ficci–KPMG Media & Entertainment 2013 report. However, traditional media including print, TV and radio is still growing strong in India.

Television continues to be the dominant segment; however, there was strong growth in new media sectors, animation/ VFX and a comeback in the films and music sectors on the back of strong content and the benefits of digitization. Radio is expected to see a spurt in growth at a CAGR of 16.6 percent over the period 2012-2017, post the rollout of Phase 3 licensing.

Digitization of Film and TV Distribution Infrastructure
Digitization of distribution has brought in the promise of more sustainable and profitable business models across media sectors. It has enabled the films sector to make a comeback this year. The industry has achieved 77 per cent digitization of screens and expects to be close to 100% digitized in the next 18 months to 2 years.

Growth in New Media
The rapid increase in mobile and wireless connections continues to drive the growth of internet penetration in India. With better access, through cheaper and smarter devices, audiences (especially the youth) are consuming more content and are getting increasingly engaged.

Key beneficiaries are emerging new media segments, which include internet advertising, online classifieds, and gaming, all of which are on a rapid growth path. Going forward, better uptake of 3G connections and the beginnings of the 4G rollout are expected to spur growth further.

Traditional Media Still Going Strong
India remains a growth market for 'traditional' media evidenced by the growth last year in TV audiences, radio listenership, and footfalls in theatres. India is an outlier country where print is still a growth market. There is growing overseas demand for quality Indian animation/VFX work at affordable pricing.

Greater Sophistication of and Segmentation in Content
TV digitization is likely to be a great catalyst for greater diversity and niche television programming. Digitization is expected to improve broadcast economics significantly which in turn, could drive more investments in production quality, niche and targeted genres of content/packaging in the medium term.

Regional Markets Key Centers of Growth
Advertisers continue to see higher growth in consumption from key regional markets. Hence regional media continues on a strong growth trajectory especially in the print and television sectors. Key media players are focusing on cherry picking acquisitions and expanding their presence in regional markets based on higher rates of advertising revenue growth, and better insulation from the slowdown than in metros, which may be close to saturation in many cases.

Coming LIVE To You…
With changing lifestyles, there is an increase in media consumed out of home. Brands are also increasingly keen to connect with consumers via 'experiences' to ensure greater recall and amplification of brand values. Activations/events are now increasingly a key facet of Radio and Print media solutions.

Live music events/festivals have been successful in attracting widespread audiences and engaging youth across key cities. Increased consumption of music/radio/video on-the-go via mobile and in cars provides opportunity for real time mobile geo-location advertising. The Out of Home (OOH) advertising sector has also seen higher rates of growth in transit advertising.

Revenue Models Still Advertising Dependent – But Subscription Grows for TV
M&E is still an advertising dependent industry in India. Hence, it remains sensitive to the impact of the economic slowdown.

While the print sector saw some increases in circulation revenues, and increases in cover price in some areas, cover prices are still significantly lower than global counterparts. In the TV sector, digitization has potential to increase (Average Revenue Per User) ARPUs and improve the share of subscription revenues to the broadcasters. Increasing subscription revenues is key to the long term stability of the broadcasting sector

Regulatory and Policy Support
Regulatory interventions have been a key enabler of growth for the sector. Anticipated events in 2013, such as continued cable DAS rollout, Phase 3 licensing for Radio and 4G rollout, will spur growth from the medium term.

There is a need for measures to aid curtailment of piracy and encourage investments to support further growth. Co-production treaties, rationalization of entertainment tax, government support to encourage formal skill development and training and incentives for animation/VFX and gaming are important areas of policy and regulation that need attention.

Gaps in Availability of Skilled M&E Professionals
The media and entertainment sector could be a noteworthy employer across creative, technical and business areas. With potential mushrooming of TV and Radio broadcast channels and growth in skill intensive sectors of film, animation, gaming, VFX, this is only set to escalate. In the talent driven media sector, companies could potentially differentiate based on ability to attract and retain the right people.