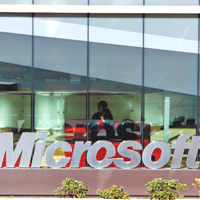 08 November, 2014
Print this article Font size -16+
Microsoft Corp executive Tami Reller said on Tuesday the company's forthcoming update to its Windows operating system will be called Windows 8.1 and will be available later this year free to existing Windows 8 customers.

The world's largest software company has been touting the update, previously code-named 'Blue,' as a series of improvements to the Windows 8 software, launched in October, which has not been as popular as it had hoped.