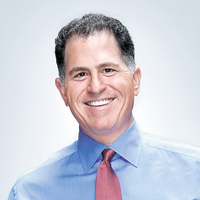 08 November, 2014
Print this article Font size -16+
Dell Inc and Chief Executive Michael Dell clinched a new $25-billion deal on Friday, 2 August, boosting the bid and offering a special dividend in hopes of ending months of wrangling with opponents of the founder's proposed buyout of the world's No. 3 PC maker.

The new agreement includes a special dividend of 13 cents per share on top of a 10-cent increase in the sale price to $13.75 per share. In return, Michael Dell and his private equity partner Silver Lake convinced the company's special committee to agree to change the voting rules so that abstentions no longer count as opposing votes, a big boost for their camp.

Dell shares rose after the announcement. But activist investor Carl Icahn, who has amassed an 8.7 per cent stake in Dell and has opposed the buyout offer as too low, vowed to keep fighting.

"We are pleased today to have won yet another battle, but the war regarding Dell is far from over," Icahn said in a Friday statement. "We are not satisfied. We believe that an increase of a mere 13 cents is an insult to shareholders."

Icahn has sued the tech company in a Delaware court, trying to block the changes to the voting rules.

Dell shares were up 5 per cent at $13.61 in afternoon trading, a sign of increasing optimism that the deal will go through. But not everyone was convinced.

"We do not believe this battle is over yet, especially given yesterday's complaint filed by Carl Icahn," said Topeka Capital's Brian White.

The battle over Dell has raged for months, adding more uncertainty about a company already shrinking along with a rapidly declining PC market. Dell is trying to transform itself into an IBM-like enterprise computing firm.

Michael Dell and Silver Lake say a painful restructuring can best be performed as a private company, away from market scrutiny. Their new deal with the special committee, and a delay in the voting date to September 12, boost the buyout consortium in several ways.

The CEO is effectively agreeing to bankroll the special dividend, a source close to the matter told Reuters.

Abstentions under the previous voting system counted as "no" votes. With an estimated quarter of eligible shares not having been voted either way, that proved a substantial hurdle to overcome. Under the new deal announced Friday, shares that are not voted will be excluded from the tally.

A change in the record date by more than two months is also seen as enfranchising so-called arbitrage investors - hedge funds that bought Dell stock more recently to earn a few cents per share and would thus be more likely support the buyout.

Machinations
A vote on the buyout has been postponed now three times. The record date, which determines which shareholders are entitled to vote, will be reset to August 13 from June 3.

Under the deal, Dell shareholders will also be entitled to three regular quarterly dividends of 8 cents per share totaling 24 cents, since the first deal with Michael Dell and private equity partner Silver Lake was announced on February 5.

Michael Dell, who started the company in 1984 out of his college dorm room, agreed to swallow a hit to get the deal done, said the source close to the matter.

The special dividend of 13 cents per share will be funded with excess equity resulting from his rolling over his shares in the deal at a lower price, subsidizing Silver Lake's returns, according to the source.

He had previously agreed to roll over his shares at $13.36 per share. Together with the 10 cent per share increase in the buyout offer, this results in an increase in the original $24.4 billion bid by about $350 million to nearly $24.8 billion.

"If you have to go through these machinations to get these things through, it frankly is an excellent demonstration of why management buyouts are so problematic," said Charles Elson, director of the John L. Weinberg Center for Corporate Governance at the University of Delaware.

Although there is no regulatory or legal requirement for the buyout vote tally to include shares that are not voted, changing the rules of the game at this stage will give more ammunition to shareholders challenging the deal in court, legal experts said.

ICahn: Wild Card?
Icahn and Southeastern Asset Management intend to contest the new deal, pressing on with their lawsuit.

Last month, the two investors sweetened their share buyback proposal by adding warrants they say would increase the value of their offer to a range of $15.50 to $18 per share from $14 per share. Under their plan, Dell would remain a public company.

Icahn has campaigned hard to get Dell to set a date for an annual shareholder meeting so he could put up his own slate of company directors and implement his proposal.

But Dell refused to give him that chance. It said on Friday the annual meeting would be held on October 17, long after the buyout vote is held.

Another person familiar with the matter said shareholders could challenge the date of the annual meeting in court because it did not comply with rules that dictate it should be held within 13 months of Dell's previous annual meeting, which was held in July 2012.

But given that a new record date has been set for August 13 the special committee would argue that a court cannot ask the company to hold the annual meeting much earlier than October 17, the person added.

"The original voting standard was set at a time when the decision before the shareholders was between a going-private transaction and a continuation of the status quo," Mandl said in a statement.

"Since then, the nature of the choice facing shareholders has changed because of the emergence of an alternative proposal by certain stockholders. In the context of the current decision, the committee does not believe it is appropriate to count shares that have not been voted as having been voted in support of any particular alternative."

Dell also agreed on Friday to reduce from $450 million to $180 million a break-up fee it would have to pay if the deal with Michael Dell and Silver Lake was terminated, and if within a year it enters into another transaction that does not lead to any party being a majority shareholder.