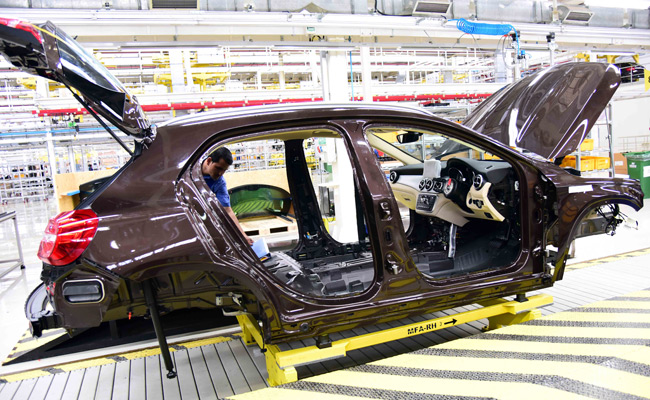 16 June, 2015
Print this article Font size -16+
German luxury car maker Mercedes Benz India has inaugurated its second manufacturing facility in Chakan and it announced the roll out of its new generation compact SUV, GLA from the new facility.
The move will double the plant capacity to 20,000 units per annum and prepare the car maker to be future ready.

Eberhard Kern, MD of Mercedes Benz India, said: "We believe that the best is yet to come for India from Mercedes Benz. We grew by 40 per cent in the first quarter; the growth in the second quarter has been even steeper, so we are heading towards a very strong double digit growth th in 2015. With the start of a new plant, we are future ready."

Thanks to local production of GLA, the price of the compact SUV has been reduced by over Rs 1.5 lakh to Rs 2.5 lakh and the new price now starts at Rs 31.31 lakh to Rs 34.25 lakh ex-showroom Pune.

The GLA was the latest addition to the new generation compact cars for Mercedes Benz, which already makes for 30 per cent of its overall volumes and the local production may have also been driven by strong demand for the vehicle, 9 months into the launch .

The new facility at Chakan is spread over 43,200 sq metres and is set up with an investment of Rs 150 crore.
Tags assigned to this article:
auto more 4 manufacturing pune mercedes-benz chakan