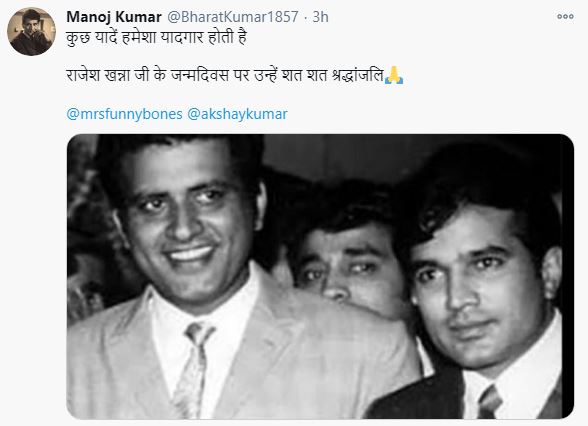 The monochromatic picture sees a flashback of young Kumar and Khanna from an event, suited in coat-pant attire. Along with the photograph, the Manoj Kumar also tagged the late actor's daughter Twinkle Khanna and son-in-law actor Akshay Kumar.
Eight years since the demise of the legendary charismatic actor, the legion of his admirers continue to show their indomitable love for him on social media. (ANI)