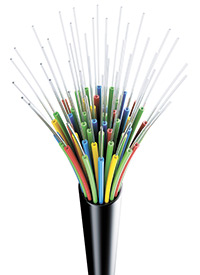 08 November, 2014
Print this article Font size -16+
At the reception of Sanchar Bhawan, a stone’s throw from Parliament House, was where it all began. On Thursday, 10 January 2008, the Department of Telecommunications (DoT) issued 122 mobile telecom licences to eight telecom operators in less than two hours. By the end of the day, the government was richer by a neat Rs 12,386 crore.

Matters came full circle 49 months later — 4 February 2012 — when Justices J.S. Singhvi and Asok Kumar Ganguly of the Supreme Court quashed the 122 licences, leaving behind a trail of badly bruised telecom companies. The next 18 months were the hardest the telecom industry has faced since inception. The tough times coincided with the slowing down of the Indian economy.

That’s when operators, old and new, big and small, national and regional, went all out on reducing costs. The cuts have been maniacal since the industry was saddled with a debt of Rs 250,000 crore ($41.7 billion).

One, many free offers were reduced while others were stopped. Some operators did the unthinkable by hiking baseline tariffs. Two, large operators like Bharti Airtel and Reliance Communications (RCom) took measures to retire debt, while newer entrants restricted operations to just a few circles. Three, in the last 18 months, operators cut close to 8,000 jobs, most of which will not be replaced. Four, as voice revenues stagnate, operators have cut data rates — be it 2G or 3G — to woo users. All this fits in to meet the challenge that Mukesh Ambani’s Reliance Jio Telecommunications is likely to pose once it launches operations in 2014. The recent move to allow 100 per cent FDI in the sector could lead to consolidation.

The fallout of the licence cancellations was immediate. In less than three months, three operators — Etisalat, Loop Telecom and S Tel — decided to exit. Three others — Uninor, Sistema Shyam Teleservices (SSTL) and Videocon Telecommunications — decided to restrict operations to just a few circles. The subscriber numbers said it all. In the last fiscal, India’s mobile base fell 50 million from 951 million (March 2012) to 898 million (March 2013).

So is the worst over for the industry? It seems so. Sunil Bharti Mittal, chairman, Bharti Airtel, says: “The telecom industry is on the mend and will get into a strong recovery mode.”

Ending Freebies
As subscriber numbers fell, operators started by cutting down on freebies. Bharti Airtel reduced discounts and limited the validity of pre-paid cards in January. Idea Cellular and RCom followed suit. While Bharti did not touch tariffs, promotional benefits were reduced and free minutes cut sharply. So, while subscribers pay the same amount, they now get fewer minutes of talk time. Says Hemant Joshi, partner, Deloitte, Haskins & Sells: “What this has done is weed out inefficiencies in the system.”

While other operators cut freebies, RCom raised tariffs twice — from 1.2 paise to 1.5 paise a second, and then to 2 paise a second — over the past few months. It’s an indication of a degree of rationality in the industry as it moves from chasing subscribers to improving revenue per minute (RPM) and profitability.

The leading operators are highly leveraged. While the net debt/Ebitda (earnings before interest, taxes, depreciation and amortisation) ratio of Idea Cellular is 2.1, it rises to 2.3 for Bharti and 5.4 for RCom, according to a report by financial services firm Axis Capital.

Over the past month, both RCom and Bharti Airtel have retired $1 billion of debt each. RCom completed full repayment of two syndicated ECB facilities totalling Rs 6,000 crore ($1 billion) during the quarter ended June 2013. It has also repaid another Rs 1,200 crore ($207 million) of other foreign currency loans during the period. In addition, RCom is looking to leverage land in Navi Mumbai and Delhi. It is believed RCom’s debt/Ebitda ratio could come down to 3 soon.
break-page-break
RCom also struck a deal to share its tower infrastructure (45,000 towers) with Reliance Jio Telecom, which will pay RCom at least Rs 12,000 crore ($2.1 billion) over the 15-year licence period. So, RCom is assured of at least Rs 800 crore every year from Reliance Jio. A telecom consultant says: “While it will help RCom pare its debt, it also allows Reliance Jio to launch services faster.”

Meanwhile, Bharti Airtel raised $1.5 billion through bond issues in March. It recently retired around 10 per cent of its debt using the Rs 6,796 crore it received from the proceeds of the preferential allotment of 5 per cent equity shares to Qatar Foundation Endowment. During the earnings call after the 2012-2013 results were announced, Sarvjit Dhillon, group CFO of Bharti Enterprises, said, “We do have a process to diversify the debt portfolio. We did have a maiden bond issue this quarter raising $1.5 billion. It is a 10-year bullet repayment.”

Restricting Coverage
While debt is not a problem for newer operators, they are slashing costs. In the November 2012 spectrum auctions, Uninor bid for only six circles, Videocon for seven and SSTL for eight (in March 2013). That has started showing results. Uninor has achieved break-even in three circles — UP East, UP West and Andhra Pradesh, which account for 53 per cent of its 31.8 million subscribers. Says Yogesh Malik, CEO of Uninor: “We currently cover 40 per cent of the population. We will grow wider and deeper in the circles that we cover initially.” We are working to achieving break-even in all six circles by December. Says Ranjan Banerjee, head of strategy, SSTL: “We are working towards breaking even in all circles by end-2014.”

Older operators too are tightening their belts. Tata Teleservices (TTSL) has stopped operations in Assam, Jammu & Kashmir and North-east circles, while Aircel has reduced operations in five.

Telecom Regulatory Authority of India data shows that the national RMS (revenue marketshare) of the top seven operators is 96.7 per cent. In UP East, the RMS of new operators is the highest nationally, at 6.5 per cent, followed by UP West (5.7 per cent).

Now the big focus is on increasing data revenues. The first signs of a rise in data earnings are already there. According to the Nokia Siemens Networks (NSN) MBit Index that tracks mobile broadband in India, mobile data grew 92 per cent during 2012. Says Neeraj Arora, director, Internet Business Solutions Group, Cisco Systems: “As operators face declining profit growth, the push into data increases. We see video as the key disruptor in 4G services.” While 3G is yet to gain traction, operators have slashed both 2G and 3G data tariffs, trying to cash in on rising demand in small town India. Says Mohammad Chowdhury, leader telecom, PwC India: “The recent data tariff reductions are aimed at stretching usage, since they kick in once a user has exhausted his pre-paid data limit. So rather than a ‘price war’, we see this as a further step towards building usage in data.”

Much of the increased data usage is because of the government, which has started putting information online. Says Rajan Mathews, director general, Cellular Operators Association of India (COAI): “Data uptake is expected to rise as it becomes easy to access data on government sites.” Across operators there has been a spike in data usage. In the year ending March 2013, Bharti Airtel recorded a 75 per cent increase in data usage per consumer.

The biggest uptake in data has been from Airtel’s recent scheme of watching a video at Re 1. A consultant says, “This scheme has taken small towns by storm. It is providing a lot more data traffic than was initially expected.”

Like Mittal says, the signs of a revival are visible. But industry needs regulatory support. And DoT needs to settle many issues including 3G intra-circle roaming, tax claims on operators, prospective licence fees and spectrum prices. The biggest driver could be the policy on mergers and acquisitions. Having 6-7 strong operators is better than a dozen weak operators. That could well be the much-needed shot in the arm the industry needs.

Perspective, 80 Points Of The IQ