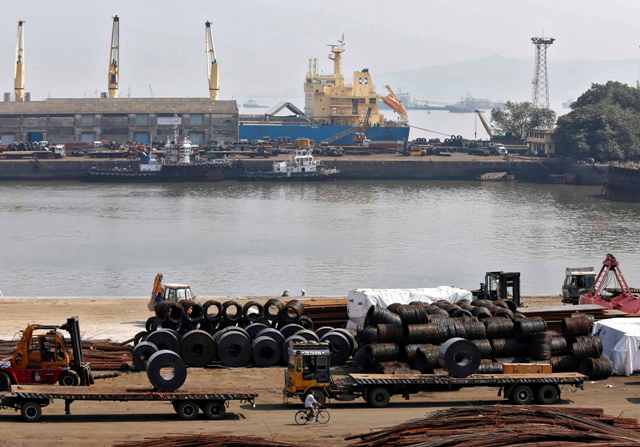 22 April, 2015
Print this article Font size -16+
After facing stiff resistance from political parties, non-government organisations, heritage conservators and eminent personalities, the BJP-led Maharashtra government today scrapped the contentious Mumbai Development Plan 2034.
Chief Minister Devendra Fadnavis directed Municipal Corporation of Greater Mumbai (MCGM) to prepare a afresh plan within four months in place of the earlier one which drew criticism from various quarters that it has been ridden with flaws and shown little concern for the heritage structures of the city from colonial era.
The government has also directed the civic body to rework on the DP and rectify the mistakes.
The cabinet chaired by Fadnavis took the decision in view of the complaints against the DP, especially existing land use (ELU), reservation and floor space index (FSI).
Fadnavis had constituted a three-member committee, headed by state Chief Secretary Swadhin Kshatriya to examine flaws in the contentious Plan.
Among political parties, both Congress and Sena have opposed the Plan over issues including land use.
The chief minister, while announcing the cabinet decision said there were two options before the committee -- either to recommend two months extension for suggestions and objections to the existing plan or ask the civic body for a fresh DP.
"The DP, in its present form, was not acceptable due to the mistakes that were seen in it," he said.
The cabinet had zeroed in on the second option as suggested by the panel and decided to scrap the draft DP 2034 asking the civic body to draft a new one, Fadnavis said.
"The cabinet has decided to accept the recommendation of the committee to ask the BMC (Brihanmumbai Municipal Corporation) to prepare a fresh DP in four months by rectifying all mistakes in the present one and republish it in four months. After the DP is prepared, BMC has also been directed to seek suggestions and objections," he said.
Residents, NGOs and town planners across the city had alleged that the errors in the DP were a result of "lack of knowledge" on the part of the civic officials.
The DP had proposed a considerable hike in Mumbai's FSI and also opened up the so far protected south Mumbai for utilisation of transfer of development rights (TDR) as floating FSI. The overall increase in bulk FSI was linked to proximity to mass transit modes but not indexed to provision of physical and social infrastructure.
Cine stars like Aamir Khan, Riteish Deshmukh, Javed Akhtar had criticised the DP and had called for a dialogue between the government and people to plan the vision for the city. Aamir was critical of the metro car shed proposed in the city's green-belt Aarey Colony.