Khandwa (Madhya Pradesh) [India], October 19 (ANI): A farmer allegedly died of heart attack at an election rally of Bharatiya Janata Party (BJP) leader Jyotiraditya Scindia in Khandwa on Sunday.
Upon getting to knowledge of the demise of the farmer, who was sitting amidst the public, Scindia urged all the people present in the rally to maintain one-minute silence for the deceased. 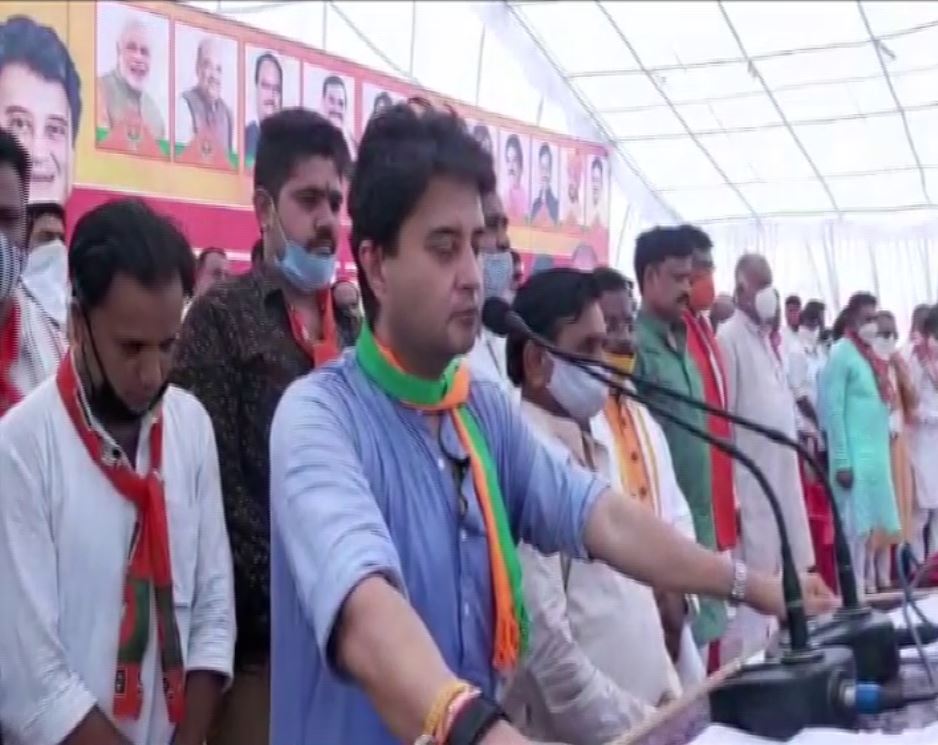 The farmer, as per Scindia, had passed away before he arrived at the rally and was taken to the hospital by the party workers.
Upon being targeted by the Congress over the incident, the Rajya Sabha MP further blasted the Opposition for playing politics over the issue and said he did not need any certificate of "public service from the Congress."
"Congress is doing cheap politics even on sensitive issues, as usual. Even before my arrival in the rally, our 'Annadata' (farmer) had passed away. He was immediately rushed to hospital by the workers," Scindia said through a tweet.
"When I got to know of this tragic incident after reaching the rally I asked people to keep silence to pay tributes to the Annadata. Politics is medium of public service for me and I don't want a certificate from Congress for this," he added.
Twenty-eight assembly seats will go for by-polls in Madhya Pradesh on November 3. (ANI)