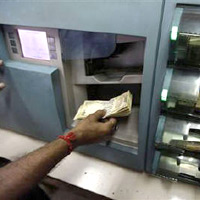 08 November, 2014
Print this article Font size -16+
The concept of Minimum Alternate Tax (‘MAT’) which was introduced in the Indian income tax law more than a decade ago has been a subject matter of litigation ever since insertion. In recent times, the issue of applicability of MAT on foreign companies has been under the scrutiny of law makers, various courts and tax payers.

The amendments to MAT provisions over the years have been dealt with by the respective finance ministers in their budget speeches. On examining the budget speeches and explanations it appears that the MAT rate was primarily derived from the tax rate applicable to domestic companies. Hence, one could draw an analogy that it was never intended to cover foreign companies.

The Authority of Advance Rulings (‘AAR’) in the case of The Timken Company (69 ITD 292) and Praxair Pacific Limited (AAR 836 of 2009), held that provisions of MAT would be applicable only to those foreign companies which have permanent establishment in India.  Based on these rulings, a view was being taken that MAT did not apply to foreign companies not having permanent establishment in India. The said rulings were based on the aforementioned MAT provision, which provided that only those companies which were required to draw financials as per Schedule VI to Indian Companies Act would be required to comply with MAT provisions.

The view in the aforesaid rulings seemed to have provided some clarity (though no certainty!) on applicability of MAT to Foreign companies until recently, when the AAR pronounced its rulings in the case of Castleton Investment Limited (‘CIL’) (AAR 999 of 2012)and RST  (A.A.R. No. 1067 of 2011)opening the floor for debate once again.

Inconsistent to its earlier rulings, the AAR in its ruling in the case of CIL held that MAT was applicable to a foreign company despite the fact that it did not have any presence or business connection in India and claimed exemption from capital gains tax under the India Mauritius Double Taxation Avoidance Agreement (‘DTAA’).

The AAR clarified that the MAT provision applies to “company” and the same is not restricted to “domestic companies”.  Accordingly all the foreign companies would be subjected to MAT. It further stated that MAT provisions are overriding charging provisions and hence would override all other provisions of the ITA. The AAR also relied on its earlier ruling in the case of P.No. 14 of 1997 (234 ITR 335) and Niko Resources (234 ITR 828), wherein it was held that MAT is applicable to foreign companies; however, it be would worthwhile to mention that in both these rulings the foreign company (applicant) had permanent establishment in India.

If the principle of CIL and RST rulingsarestrictly applied to all foreign companies earning income in India then, it would lead to a situation where all the DTAAs would become ineffectivein providing any protection to foreign companies from double taxation in India. This would imply that, all foreign companies transacting in India would end up paying minimum tax at the rate of 18.5 per cent on their India sourced income irrespective of the DTAA protection.

If the aforementioned holds good then say, if a Cypriot company earns interest income in India, it shall ordinarily be subject to withholding tax at the arte of 10 per cent (as per India-Cyprus DTAA) however, if MAT overrides DTAA than the tax rate would be 18.5 per cent and hence an additional tax cost of 8.5 per cent to the foreign company. This is of course on the assumption that there is no debit to the profit & loss account of Cypriot company.

As can be observed, the CIL ruling has once again created ambiguity on applicability of MAT on foreign companies not having PE in India. It is hoped that the government would clarify its position on this issue sooner than later providing the much needed respite to the jittery foreign investor community.