Prime Minister Modi’s recent visit to Bangladesh has been successful at several levels. Bilateral relations have got a major stimulus. Modi’s neighbourhood policy has gained more credibility with a positive regional fallout. The Act East policy has received an impetus. Developments prospects in our northeast have improved. 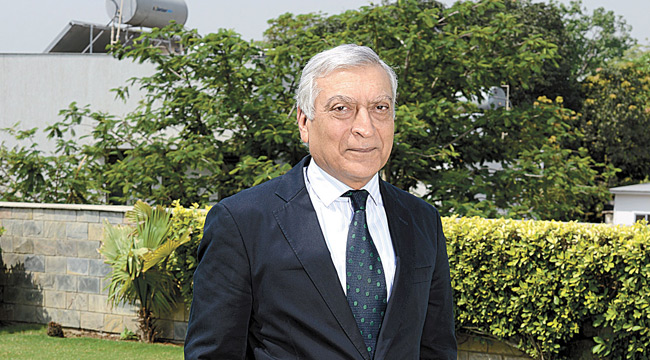 16 June, 2015
Print this article Font size -16+
The long pending Land Boundary agreement was the visit’s most significant outcome. By reversing BJP’s position on the issues of enclaves and adverse possessions Modi has changed perceptions about himself and India in Bangladesh. Last year’s settlement of the maritime boundary through international arbitration removed another contentious issue in the relationship. Hasina’s government took important confidence building steps by acting against anti-Indian insurgent groups operating from its soil against India. Its suppression of radical Islamic elements at home was conducive to India’s interests in containing their spread in the sub-continent. Bangladesh was doing in the east what Pakistan was failing to do in the west. Conditions for an important breakthrough in relations had been created.
Modi’s political stature was enhanced by his success in persuading Mamata Bannerjee to accompany him to Bangladesh, as this demonstrated his capacity for consensus building in the larger interest of India-Bangladesh relations, which the unanimous parliamentary approval of the Land Boundary agreement had also established.
Progress in many areas was achieved during the visit. In the power sector India agreed to augment supply of power to Bangladesh from 500MW to 1000 MW. Consensus was reached on evacuating power from our Northeast to India through Bangladesh, with India agreeing in principle to provide power from this line to Bangladesh. India has offered partnership in achieving Bangladesh’s goal of establishing an installed capacity of 24000 MW by 2021, with the participation of Indian corporates whose entry in the power generation, transmission and distribution in Bangladesh was sought by us. We noted Bangladesh’s interest in importing power in the Bangladesh, Bhutan, India and Nepal (BBIN) framework. China’s great strength in the power sector, even in India, makes Modi’s push for greater Indian involvement in Bangladesh’s power plans that much more politically important. Modi and Hasina agreed to enhance cooperation in the nuclear energy sector, including training for technical personnel. This sensitive area needs watchfulness in view of Bangladeshi plans for civil energy and China’s interest in this sector.
Strengthening economic ties with Bangladesh being the right strategy, Modi batted for more Indian investment there and welcomed the decision of Bangladesh to allocate land for Special Economic Zones (SEZs) for India at two sites. A bilateral Trade Agreement with new trade facilitation provisions to narrow the trade imbalance was approved and the issue of non-tariff barriers was also addressed. Modi announced a second Line of Credit worth US$ 2 billion for undertaking  development projects, particularly in the area of public transport, roads, railways, inland waterways, ports, ICT, education, health etc.
Transit and connectivity issues have always been politically contentious with Bangladesh.Transit  to India’s Northeast has always been crucial for its economic development and greater national integration. In these sensitive areas too, progress was registered, with Modi and Hasina recognising the importance of seamless, multi-modal connectivity including roads, railways and waterways for regional economic development.  A Joint Task Force to commence negotiations on a Multi Modal Transport Agreement has been agreed to. The Dhaka-Shillong-Guwahati and Kolkata-Dhaka-Agartala bus services have commenced. India will consider introducing a second train between Khulna and Kolkata, with new bus services on Khulna-Kolkata and Jessore-Kolkata to be considered. A Coastal Shipping Agreement to enhance bilateral and regional trade and connectivity was signed.
The joint statement notes “the unparalleled level of cooperation” in countering extremism and terrorism in all forms. On the issues of counterfeit currency, human trafficking, cross-border criminal activities, irregular movement, deaths at the border and so on, greater cooperation is envisaged.
Water-sharing is a highly sensitive issue for both sides. India believes it has been uniquely generous on this issue with its neighbours, acting as a responsible and responsive upper riparian, unlike China, for instance. Yet, on this issue India is constantly put on the defensive. Modi was pressed to conclude the Teesta agreement. For Bangladesh, 52 rivers flowing from India are involved, not just Teesta and Feni. Common basin management to address the water sharing issue has been mooted. Modi reiterated the earlier commitment that India would not take any unilateral decision on the Himalayan component of their River Interlinking Project which may affect Bangladesh or on the Tipaimukh Hydro-Electric Power Project. The water and illegal migration issues are fissures in the relations that can potentially jolt the relationship in the future.
Significantly, Modi appreciated Hasina’s steps to strengthen democracy in the country when the West is criticising her for policies towards the opposition and judges her conduct insufficiently democratic. This may not have pleased the opposition parties in Bangladesh whose leaders Modi met. While the two sides pledged to work closely on furthering regional/sub-regional cooperation, it is puzzling why India supported the Chinese proposed BCIM Corridor project in the joint statement, with a specific mention of the Kolkata-to-Kunming Highway Project. Hasina reiterated her country’s support for India’s candidature for permanent membership of the UN Security Council.
That the joint statement noted the “excellent bilateral relations between Bangladesh and India” shows the extent of change that has occurred in the ties between the two countries.
The author, Kanwal Sibal, is a former foreign secretary of India and former envoy to the US and Russia
Tags assigned to this article:
india opinion 5 narendra modi bangladesh look east kanwal sibal sheikh hasina