Light At The End Of The Tunnel

Come March, india Inc. will heave a collective sigh of relief. Twenty-three coal blocks are set to be auctioned, thus ending a stalemate that has lasted close to three years. 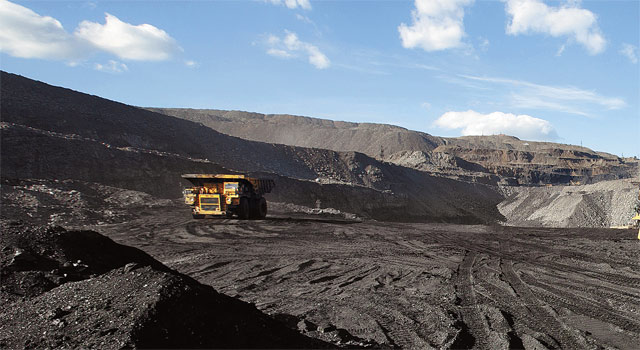 08 April, 2015
Print this article Font size -16+
Come March, india Inc. will heave a collective sigh of relief. Twenty-three coal blocks are set to be auctioned, thus ending a stalemate that has lasted close to three years.
The auction, beginning 15 February, has been made possible by the Coal Mines (Special Provisions) Ordinance, 2014. Following the Supreme Court’s September 2014 order, all coal mining licences issued since 1993 stood cancelled. The auctions are, therefore, the first ever legal process for the distribution of coal blocks in the country. “It ends the uncertainty of the past few years in the sector,” says Ashok Khurana, director general, Association of Power Producers of India. He adds that with the auctions being held before 31 March — the deadline set by the Supreme Court for winding up coal production by the previous mine owners — there will be minimum disruption in coal supply.
The auctions, slated to benefit the power sector the most, are expected to relieve stress on approximately 48 GW of existing thermal capacity that has been lying idle due to partial or no coal linkages. Besides, the coal blocks coming up for auction are the ones already producing or close to production.
The stress on the power sector has led to concerns being voiced in certain quarters. Blocks for non-power sectors are too few, say project developers. According to Assocham, seven coal blocks earlier allocated to sponge iron and steel companies are now being offered to the power sector. Analysts have also expressed concern about the remaining 180-odd coal blocks that will come up for auction later in 2015, citing lack of data and other problems associated with them.

What The Ordinance Does
The process for the auction has already begun with the online registration of bidders starting 25 December. The ordinance provides a complete blueprint for the auctions including a two-stage bidding process — techno-commercial bids and a financial e-auction for transparency — and who can and cannot bid. In addition, the ordinance has divided the coal blocks into regulated and unregulated segments for the purpose of ‘ascending and descending’ bidding. While the regulated segment is reserved for the power sector, the unregulated coal blocks will cover cement, sponge iron, steel and captive power plants.
According to Kameswara Rao, leader-Energy, Utilities and Mining, PwC India, the gains from the coal blocks being auctioned will be immediate as they are already producing or close to production. “The ordinance serves to regularise the blocks that were already producing, albeit illegally,” he says. He believes the ordinance has sought to address all major concerns such as lack of transparency in allocations as well as private participation in the sector, leading to extreme coal shortage.
The ordinance also seeks to incentivise state governments, say analysts. The provision allowing state governments to receive direct revenue from the coal blocks as well as 90 per cent of their acquisition cost will help speed up project clearances and development. According to Rao, the direct transfer of revenue to the states will incentivise state officials to help the mine developers start production soon. Figures in the range of Rs 4 lakh crore to Rs 7 lakh crore are being touted as revenue from these auctions.

The states stand to benefit even more from the auctions. According to a State Bank of India internal report, the exercise will significantly reduce fiscal deficit of states and bring in close to Rs 3,000 crore. It says that over the next three decades, coal auctions across the board may bring in Rs 4 lakh crore. The blocks distributed across Chhattisgarh, Jharkhand, Madhya Pradesh, West Bengal, Maharashtra and Orissa are said to have coal reserves of over 1,400 million tonnes (mt). While Chhattisgarh has 567.77 mt of mineable reserves, Jharkhand has 348.42 mt, Madhya Pradesh 293.02 mt, West Bengal 137 mt, Maharashtra 39.02 mt and Orissa 33.84 mt.
The fact that 10 per cent of the intrinsic value of the coal block is to be paid upfront will also alleviate stress on state government treasuries, says analysts.
However, it would be wrong to assume that all is going to be well with the coal sector following the ordinance. Issues such as lack of data on quality and quantity, little or no infrastructure, law and order problem in coal-rich regions remain as far as a majority of coal blocks are concerned and could lead to another lull in the sector. “Eventually, we are going to come to blocks that have little or no geological data, no clarity on coal grade, no infrastructure. So what happens then,” asks Rao.
Others unhappy with the provisions of the ordinance say the elimination based on indicative bid offers leaves scope for aggressive bidding, defeating the reason for introducing real-time transparent e-auctions. “This can also result in a spoilsport situation wherein non-serious players can put in very high bids which will become the benchmark, and the bidder may not even come forward in the financial bid round because of non-feasibility,” says Kalyan Mukherjee of Assocham.
However, Debashish Misra, senior consultant at Deloitte, dismisses claims of aggressive bidding, citing the provision that “only those players with 80 per cent investment in the end-use project are qualified to bid, thus reducing the risk of over-bidding”.
R.K. Sharma, secretary general, Federation of Indian Mineral Industries, is critical of the auctioning process. “The mining ordinance discriminates between public and private miners and between captive and non-captive ones, and goes against fundamental rights and is hence illegal. Unless governance improves, the auction system is liable to be misused,” he says.
Kamlesh Kaushik, director general, Monnet Ispat, is particularly unhappy with the ordinance provision of disqualifying bidders on the basis of indicative price. “The opportunity to bid must be open to all and disqualifying on the basis of indicative price is a provision against the laws of the country,” he says.
The ordinance provision dividing coal blocks into regulated and unregulated segments has not gone down well with industry; many point to the suffering of cement, steel and sponge iron manufacturers on account of coal shortage. Assocham says that in Orissa, of the total nine blocks that will be up for auction, only one has been earmarked for the non-regulated sector and eight have been assigned for bidding by power producers. Prior to the de-allocation of the nine blocks, eight were for the deregulated sector and only one for power.
In a letter to the finance ministry on the auction of 23 blocks, Assocham says, “It has come as a big shock that while sponge iron/ steel plants in the country are already running at very low capacity utilisation due to want of raw material, seven coal blocks which were earlier allocated to them, their end use has been changed.”
Khurana dismisses these complaints stating, “The unhappiness is largely linked to the fact that people so far had access to free coal as the allocations were not based on money and now, they will have to pay for the same.” According to him, industry should not grumble about having to pay for raw material; it should be focused on selling the end product. “As for the missing data and other concerns, the government is already working on them and I think all creases will be ironed out.”
Although concerns remain, the ordinance should be seen in a positive light. And given the BJP government’s bullish attitude towards development and progress, we hope the coal auctions will be successful in paving the way for expansion of the economy.
(This story was published in BW | Businessworld Issue Dated 09-02-2015)
Tags assigned to this article:
magazine finance energy and power coal magazine 09 february 2015