Life Is Getting Better 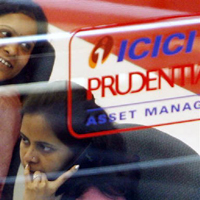 The life insurance industry finally turned the corner in the third quarter after companies such as SBI Life declared profits. Others such as Reliance Life have substantially reduced their losses; from Rs 254 crore to Rs 63 crore. The industry itself has seen a 53 per cent jump in new business income in the April-November period of this fiscal compared to a year ago. “This turnaround began two years ago when most large companies began focusing on bottom line,” says S.B. Mathur, secretary-general of the Life Insurance Council in Mumbai. According to the council, renewal premium was the reason why companies were making headway into profits.

Click here to view enlarged image
Renewal premium grew to Rs 1.33 lakh crore this financial year from Rs 1 lakh crore a year ago. “The expansion appetite is not as large as it was two years ago, and now offices are becoming more efficient instead of just expanding for topline,” says Mathur. The life insurance industry, which had only 3,000 offices in 2006, has over 11,000 offices now.
Year 2008 saw companies trimming their sales force and reduce marketing teams to save on costs. “The only way to be profitable is to do more with less and constantly improve processes,” says V. Vaidyanathan, CEO of ICICI Prudential Life in Mumbai.
The industry, however, did not see real growth in the third quarter in terms of new business income. In fact there was a fall in growth of 2 per cent when compared to the previous quarter. Analysts add that ‘bank insurance model’ channels would continue to keep costs low for those insurance firms that have bank tie-ups.
(This story was published in Businessworld Issue Dated 15-02-2010)
Tags assigned to this article:
magazine vishal krishna insurance icici prudential company results sbi life reliance life