Mohali/Chandigarh (Punjab) [India], February 24 (ANI): Legendary Punjabi singer Sardool Sikander passed away in Mohali, Punjab on Wednesday. He was 60 when he breathed his last.
Punjab Chief Minister Captain Amarinder Singh took to Twitter and mourned the celebrated singer's demise. He tweeted, "Extremely saddened to learn of the demise of legendary Punjabi singer Sardool Sikander. He was recently diagnosed with #Covid19 and was undergoing treatment for the same. The world of Punjabi music is poorer today. My heartfelt condolences to his family and fans." 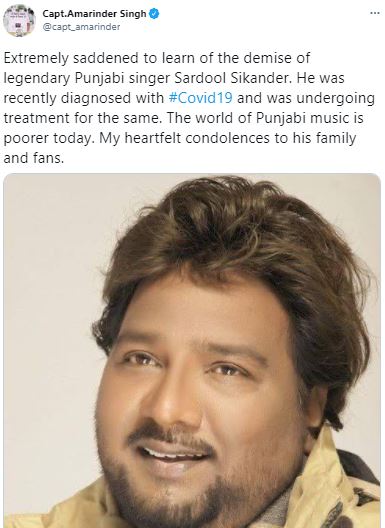 The demise of the singer has left the whole music industry in shock. Several singers on Wednesday took to their social media handles to express grief over the death of Sikander.
Expressing grief over the demise of Sikander, Bollywood singer Vishal Dadlani took to Twitter and wrote, "I can't believe #SardoolSikander -Saab has left us. This is heartbreaking and far too personal. :(A true pioneer, he was the soul of humility & a wellspring of music. My condolences to the family, esp. to my brothers @AlaapSikander & @SarangSikander1." 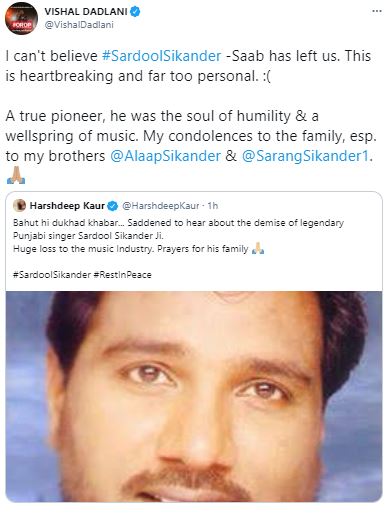 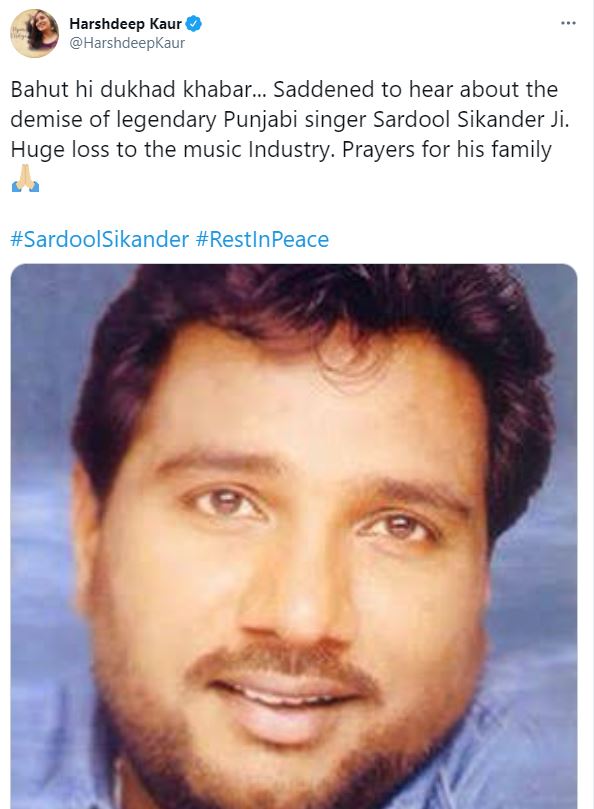 Singer Jazzy B took to Twitter as he shared pictures with the late veteran singer and said that he is 'heartbroken' to know of the Sikander's demise.
He tweeted, "Can't believe Sardool Bhaji left us! heartbroken !" 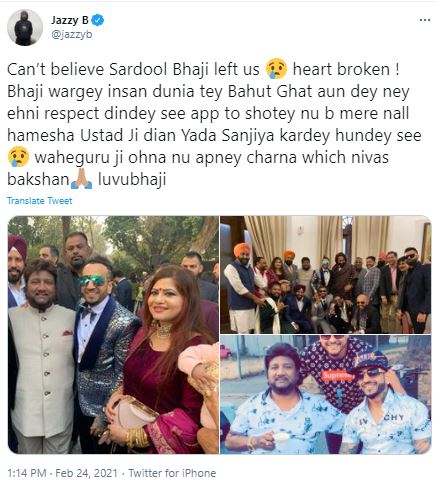 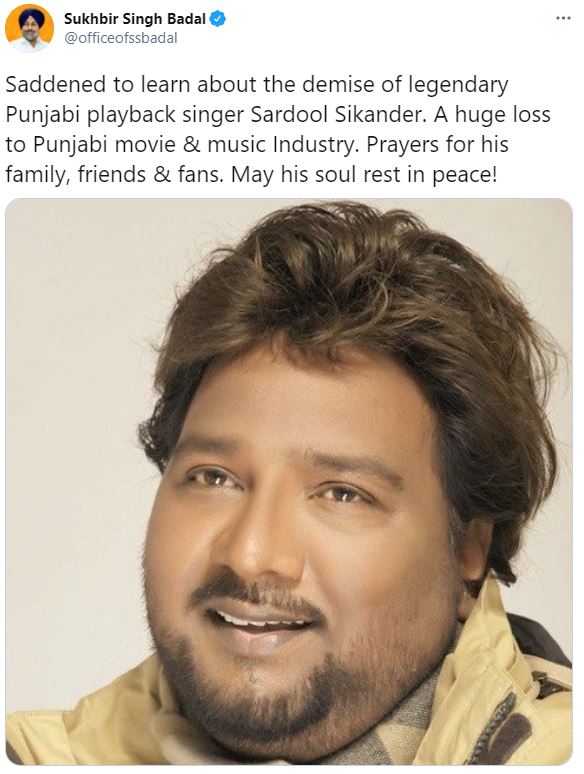 Preneet Kaur, who is the former Minister of State For External Affairs and member of Parliament from Patiala, also shared a tweet, writing, "Saddened by the demise of legendary Punjabi singer and music icon Sardool Sikander Ji. His sudden death has left a big vacuum in Punjabi music industry and also in the hearts of millions of fans worldwide. My thoughts and prayers are with the family. RIP". 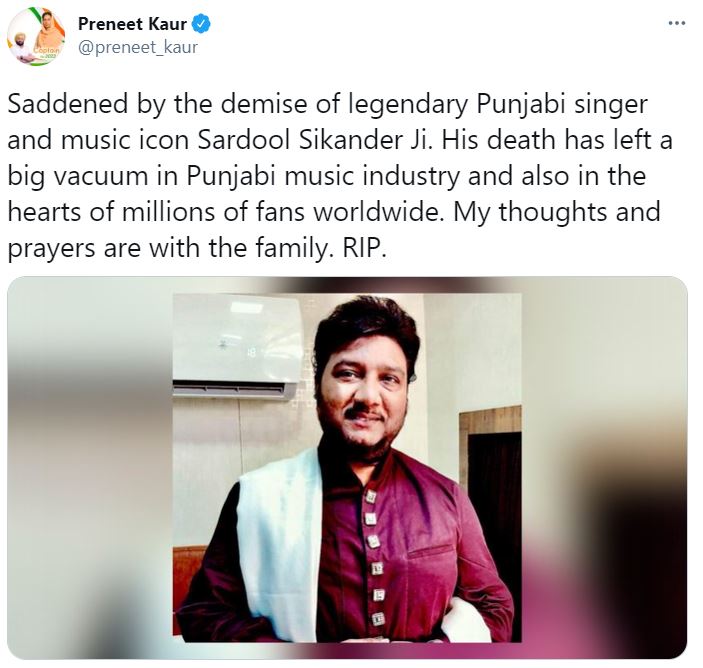 The singer, widely known for tracks including 'Sanu Ishq Barandi Chad Gayi' and 'Ek Charkha Gali De Vich', had tested positive for coronavirus and was undergoing treatment at a hospital in Mohali.
Comedian Kapil Sharma, singers Daler Mehndi and Gurdas Maan also posted tributes on the micro-blogging website.
Sikander was a popular Punjabi folk and pop singer. He debuted in 1980 with the album 'Roadways Di Laari'. He had also acted in some Punjabi films including 'Jagga Daku'. He was born on 15 January 1961. (ANI)