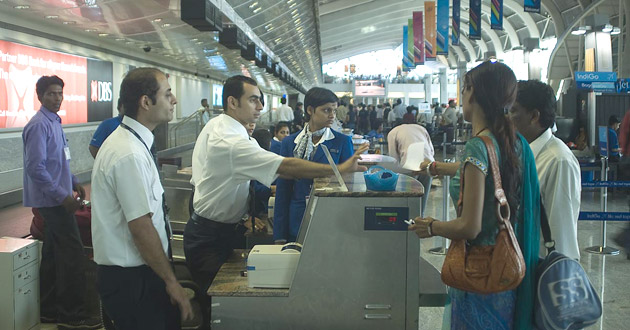 08 November, 2014
Print this article Font size -16+
More than 50 per cent Indians while planning weekend holidays make their travel bookings three months in advance to lock their preferred dates and avoid last minute hassles, according to a recent survey.
"About 56 per cent of Indians book their travel over three months in advance to make sure their preferred dates are secured. The survey noted that risk taking and last minute bookings are not a habit among Indians," a survey released by global travel search engine Skyscanner revealed.
Indians take risk and enjoy the adventure in their choice of destinations but as far as planning and bookings are concerned, they like to play safe as only 21 per cent of travellers take chances by making the reservations just a week before their trip, it said.
With the fear of visa rejection, 85 per cent of travellers prefer making genuine bookings over dummy bookings, it said.
Skyscanner's survey also showed that 86 per cent Indians search for destinations they have never visited before.
Even as 48 per cent preferred travelling by air, the survey found a growing trend for road trips, with car and bus rides being preferred over train.
"2014 has eight long weekends with October being the longest. Our data shows that Indians become more experimental when it comes to travel and in the spirit of exploration, they are searching for newer destinations and are making advance reservations to make the most of four days break," Skyscanner India Senior Marketing Manager Kavitha Gnanamurthy said.
The survey further revealed that even though domestic travel will make up the majority of vacations for the next long weekend, a large number of Indians plan to broaden their horizon and are willing to explore International destinations.
Skyscanner's data shows that Thailand, the UAE and Singapore are the top searched short haul destinations for travel in October.
Among domestic destinations, Bhuj witnessed 108 per cent increase in searches in September compared to August, 2014.
Within India, travellers are also looking at exploring Jodhpur, Bagdogra, Udaipur, and Gaya, the survey found.
The Middle-Eastern countries continue to draw in the crowds as Qatar (up 516 per cent), Oman (up 515 per cent) and Kuwait (up 494 per cent) saw increase in flight searches for the long weekend in October.
In addition to the extended weekend, the Haj travel dates between October 2 and 7 to Makkah for annual pilgrimage is adding to the overall increase in searches.
Saudi Arabia witnessed 444 per cent increase in searches in August and September compared to June and July, 2014.
The survey also noted that 71 per cent of travellers prefer to holiday where their friends and family are based. (PTI)
Tags assigned to this article:
news 3 travel airlines tourism skyscanner