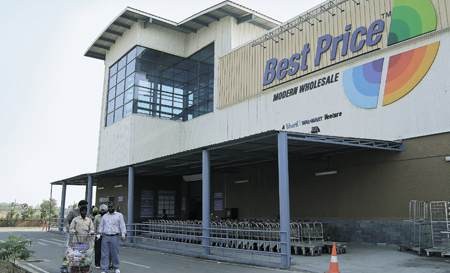 The largest cash-and-carry experiment in India will take place over the next five years in a state that offers no concessions in the form of land or electricity. What, then, makes Punjab so attractive to back-end operators? Take a look at the line-up: Metro Cash and Carry (MCC) has signed a Rs 900-crore MoU with the Punjab government to set up six stores in the state in five years and work with 15,000 farmers. Bharti-Walmart has spent Rs 32 crore on its first store in Amritsar and plans to spend over Rs 500 crore to open 15 others in north India, of which eight might come up in Punjab.