Lanco’s Battle Down Under 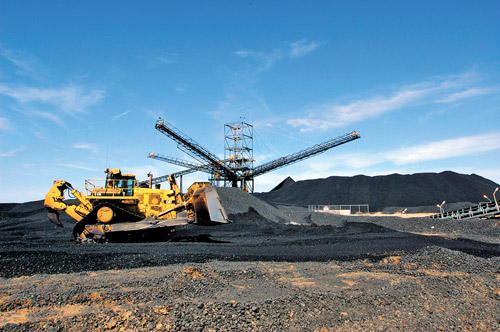 Perdaman is setting up a 2 million-tonne urea plant in the Collie region, 200 km south east of Perth. It will use clean coal gasification technology to transform sub-bituminous coal into urea. The bulk of the urea produced is likely to be exported.

The genesis of the dispute is reportedly over a demand to increase coal prices. The theory doing the rounds is that Lanco wanted higher coal prices, reflecting current international prices. Lanco officials deny that and sources familiar with the company's side of the story say that it will abide by the contracts. According to them, Lanco will meet all domestic obligations and there was nothing about not supplying.

The Lanco side points out that the dispute actually centres around financial closure of the $2.5-billion Perdaman urea project. They say that Perdaman has not achieved financial closure, so there is no point in supplying coal right now.

Rambal says he has invested $ 200 million (around Rs 1,000 crore) on the project till date. According to the Perdaman website, the financial closure is likely to happen sometime in the third quarter of 2011, while the project is expected to be commissioned in the last quarter of 2014. Rambal points out that the closure is expected in the second half of July. Therefore, ensuring supply of coal is crucial for Perdaman. Without that assurance, the financial closure and the launch of the urea project will be delayed. Rambal points out that there is concern in the Australian government on the issue.

The Indian operations of Perdaman include Perdaman Agro and Perdaman Pharmaceuticals. The agro business is in discussions with the Madhya Pradesh state government to acquire barren land for jatropha farming. Jatropha is used as a raw material for bio-diesel. The pharmaceutical business has leased out plants in Gujarat and Madhya Pradesh.

Lanco officials point out that the exercise is aimed at pulling down its market capitalisation. The battle now shifts to the Supreme Court of Western Australia.