New Delhi [India], January 26 (ANI): Senior Bharatiya Janata Party leader Lal Krishna Advani on Tuesday unfurled the national flag at his residence on the occasion of the 72nd Republic Day.
The veteran leader, after unfurling the tricolor, stood for the national anthem with his family members. 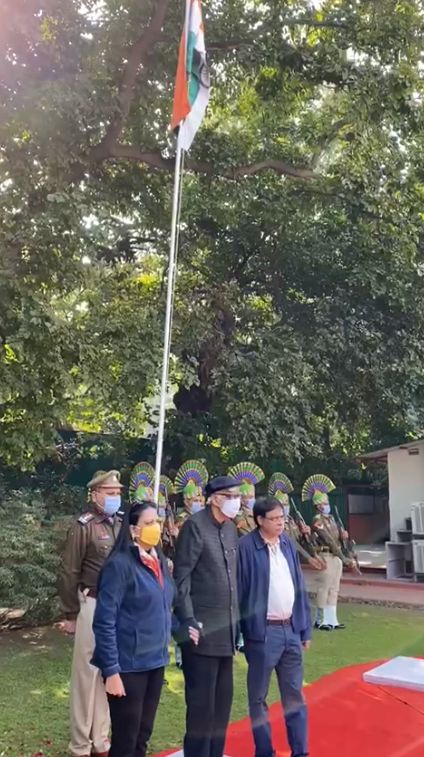 Republic Day is celebrated in India every year on 26 January to commemorate the day the Constitution of the nation came into effect.
Though India gained independence on August 15, 1947, it did not have its own laws which were drafted and finally adopted in 1950.
On the occasion of the 72nd Republic Day, the national flag was unfurled at Rajpath in the presence of President Ram Nath Kovind, Prime Minister Narendra Modi and other dignitaries including Vice-President Venkaiah Naidu and Defence Minister Rajnath Singh.
The parade was commanded by Parade Commander, Lieutenant General Vijay Kumar Mishra, Ati Vishisth Seva medal, General Officer Commanding Delhi Area.
Major General Alok Kacker, Chief of Staff, Delhi Area were the Parade, Second-in-Command.
Apart from tableaus of Armed Forces, 17 tableaus from different states and nine tableaus from different ministries and departments of the Central government and Paramilitary Forces and six from Ministry of Defence were displayed during the annual parade. (ANI)