New Delhi [India], February 22 (ANI): Bollywood actor Kriti Sanon, who is juggling multiple projects, has recently announced her schedule wrap for the upcoming film 'Bachchan Pandey', which also features Akshay Kumar in the lead role.
After completing her schedule for the film, Kriti took to Instagram to pen down a heartfelt note. Calling it one of the most fun and memorable schedules, she wrote that amid 'between the echoing laughters and gaming sessions', she did not realise when they ended up making the film.
In the picture alongside the emotional note, Kriti and Akshay can be seen posing together. Kriti looks stunning while Akshay sports an intense look.
Sharing the first picture of her with Akshay from the film, she wrote, "And its a schedule wrap for me with @akshaykumar for #SajidNadiadwala 's #BachchanPandey directed by @farhadsamji .. #Myra @wardakhannadiadwala."
Kriti added, "One of the bestest, most fun and memorable schedules i have had so far.. Time just flew and we ended up making a film in between the echoing laughters, gaming sessions and neverending lunches and dinners as we all became one family! It was surely the saddest Goodbye from the beautiful Suryagarh Palace.. but we shall meet again soon! Can't wait to see you guys in Cinemas." 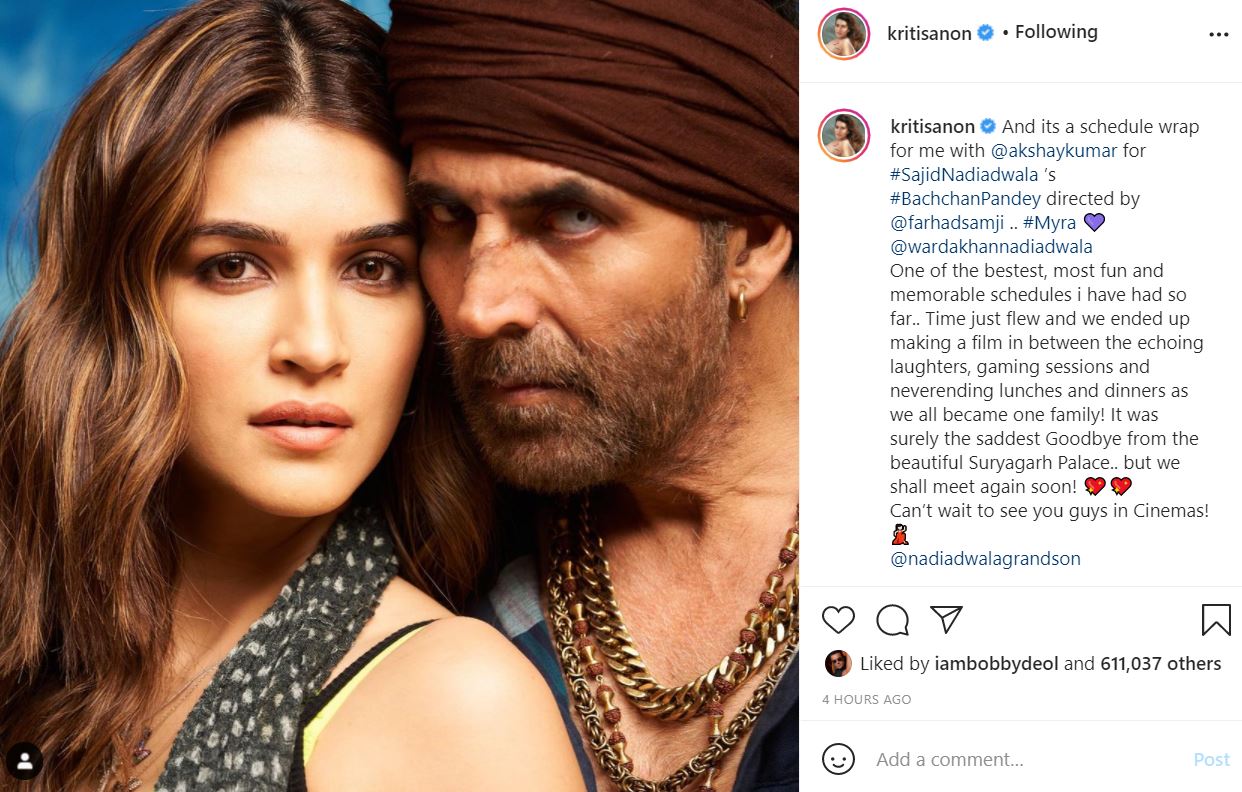 Actor Arshad Warsi, who also features in the forthcoming film, shared a still from the movie, revealing that he has wrapped up shooting for it.
He wrote, "Wrapped up #BachchanPandey. This film is going to be very close to my heart, because I met some of the most talented & really wonderful people. [?]@kritisanon, [?]@Asli_Jacqueline, [?]@akshaykumar, [?]@NGEMovies, [?]@farhad_samji Thank you so much." 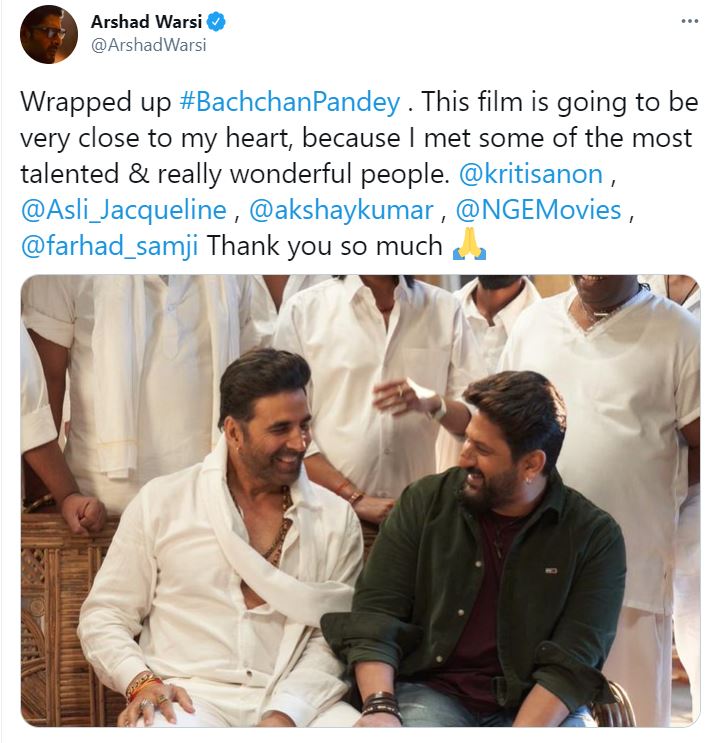 'Bachchan Pandey' is the remake of the 2014 Tamil film titled 'Veeram'. The shooting of the film began in Jaisalmer on January 6, this year.
The film stars Akshay in the role of a gangster, while Kriti plays a journalist. Arshad has been cast as Bachchan Pandey's friend in the movie.
It is produced by Sajid Nadiadwala and also features Pankaj Tripathi and Jacqueline Fernandez in pivotal roles. The movie was slated to release on Christmas last year.
However, it got delayed due to the novel coronavirus pandemic. It is now scheduled to release on January 26, 2022. (ANI)