Washington (US), February 17 (ANI): American reality TV star Kourtney Kardashian and musician Travis Barker are taking their relationship to the next level, as Kourtney made it official with a picture on social media.
The 41-year-old reality TV star on Wednesday took to Instagram and shared a photo of her hand intertwined with that of her beau. Though Kourtney didn't add any caption to the picture, Travis, dropped a black heart emoji in the comments section. 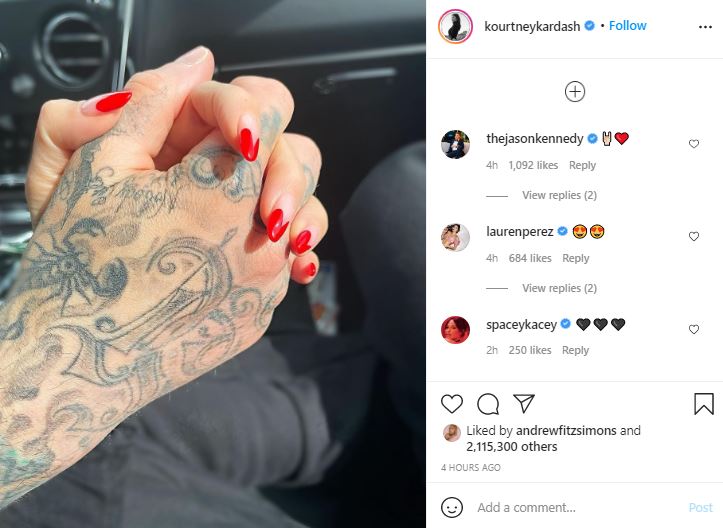 The two are long-time friends and have been seen with one another in Los Angeles in recent weeks.
As per E! News, a few days prior, the new couple was spotted at the Japanese restaurant Matsuhisa in Los Angeles, both donning chic leather jackets. The cozy evening included a game of thumb war at the table, as they enjoyed a pitcher of lemonade.
A source had earlier confirmed their relationship to Us Weekly. Spilling the beans about the pair's current relationship status, the insider said, "Kourtney and Travis are officially a couple. They have been close friends for years and have been dating for a couple of months. Travis is very smitten with Kourtney and has been for a while."
Kourtney and Travis previously sparked romance rumours in September 2018 when they were spotted leaving a vegan restaurant in L.A. together and were seen attending an evening church service. In February 2019, the duo was snapped grabbing dinner together in Malibu. (ANI)