New Delhi [India], September 24 (ANI): India skipper Virat Kohli on Thursday mourned the demise of former Australia cricketer Dean Jones and extended "strength and courage" to the deceased family.
Jones passed away due to a cardiac arrest at the age of 59.
"Shocked to hear about the tragic loss of Dean Jones. Praying for strength and courage to his family and friends," Kohli wrote on Twitter. 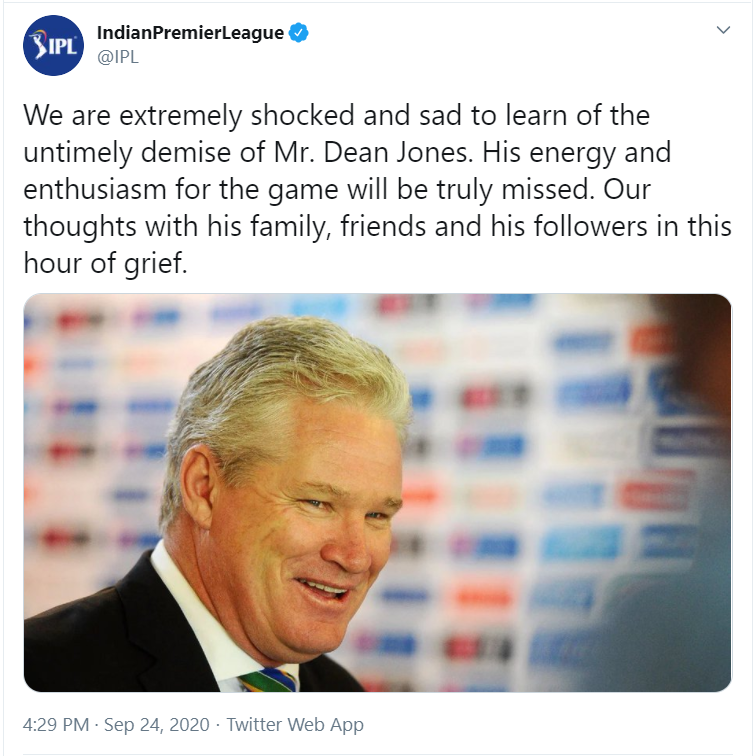 Jones was one of the great ambassadors of the game associating himself with the development of cricket across South Asia. He was passionate about discovering new talent and nurturing young cricketers. He was a champion commentator whose presence and presentation of the game always brought joy to millions of fans.
Jones had become a household name by playing in an aggressive manner for the Australian side from 1980-1990. Jones was selected on the 1984 tour of the West Indies after Graham Yallop had to pull out due to injury.
He was not picked in the original XI but was drafted into the side after Steve Smith fell ill. Jones went on to score 48 on his debut and he hailed it as his best knock as he fell ill before the match. Between 1984 and 1992, Jones played 52 Test matches for Australia, scoring 3,631 runs, including 11 centuries, at an average of 46.55. His most notable innings was in only his third Test against India in the Tied Test in Chennai (Madras) in 1986.
Suffering from dehydration in the oppressively hot and humid conditions, Jones was seen frequently vomiting on the pitch. Jones went on to score 210 and this innings of 210 remains the highest score by an Australian cricketer in India.
Jones also played 164 ODIs for Australia, managing to score 6,068 runs at an average of 44.61. After his playing career, the former Australian batsman became a reputed commentator and also enjoyed a coaching stint in Pakistan Super League. (ANI)