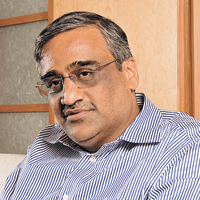 Kishore Biyani's Future Group is in advanced stages of discussion with Unitech Telecom to sell SIM cards and recharge coupons through its outlets. It hopes to replicate the success of Wal-Mart's branded Phonecards in the US, and French retail major Carrefour that started selling airtime through branded cards and graduated to become a mobile virtual network operator (MVNO).

It is not clear if Biyani would like to pick up a pan-India MVNO licence for Rs 85 crore. He has not filed an application yet with the Department of Telecommunications for a licence. Virgin Telecom, too, has also not taken a licence, since the cost of a managed network would make the business unattractive. Analysts say Biyani is likely to buy airtime first and then seek an MVNO licence if the volumes increase.

Earlier, Biyani had held discussions with Bharat Sanchar Nigam, AirCel and MTS to buy airtime to sell as a retail business. He believes that he can increase the turnover of his business by Rs 1,000 crore from this new venture in its second year of operation. This business, he says, will kick off by March 2010.

The margins in the ‘air time' business are wafer thin and it is a volumes game. The Future Group could tie up with an operator who wants a pan-India presence and has so far found it difficult to expand. Analysts say it makes business sense, since it would increase Biyani's margins by finding a relatively new telecom operator who can offer him higher margins on sale of those SIM cards. Further, Unitech has built major infrastructure for Future Group and they share good business relations.