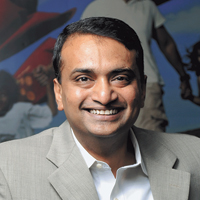 08 November, 2014
Print this article Font size -16+
The CEO of India's Kingfisher Airlines, grounded since the start of the month, urged striking employees to return to work as the carrier scrambled to find solutions to its cash flow problems. Shares in the carrier fell 5 per cent, their daily limit, for the eighth straight session on Wednesday as investors lose hope that the airline controlled by liquor baron Vijay Mallya will get a lifeline from a foreign airline or another saviour. The carrier has until the end of next week to explain to the government why it should not be shut.
"Without all of you, without exception, coming back to work, we will have no way forward," CEO Sanjay Aggarwal said in a letter to employees on 9 October. "We have been working relentlessly to try and rectify this situation, and that too against all odds," Aggarwal wrote in the letter seen by Reuters.
Kingfisher has so far failed in its long-running search for an investor and is $2.5 billion in debt by one estimate. The carrier has grounded its fleet since 1 October after an employee protest turned violent.
Staff, who have not been paid for seven months, held protest marches late last week after what police said was the suicide of a Delhi-based employee's wife worried about her family's precarious finances. Meetings last week between the carrier and pilots and engineers demanding their back pay failed to reach an agreement.
Late on Friday, India's aviation regulator sent a "show-cause" notice to Kingfisher asking why its license to fly should not be cancelled after failing to provide a "safe, efficient and reliable service." The airline was given 15 days to respond. The regulator has also asked Kingfisher to stop selling tickets until its concerns are resolved.
"We are aware it is a big ask, but no potential investor will put his money in an airline that is not operational. Neither will our esteemed guests come back to us unless we commence operations soon," Aggarwal wrote to staff.
Kingfisher, once India's second-biggest airline, last week extended what it has described as partial lock-out until 12 October. India recently allowed foreign airlines to buy a maximum 49 percent stake in local carriers, a move long lobbied for by Kingfisher, although no airline has publicly expressed an interest in investing in Kingfisher.
Mallya's United Spirits Ltd and Diageo Plc recently confirmed long-rumoured talks for the UK giant to take a stake in India's dominant whisky maker, which could make it easier for Mallya to find funds to rescue Kingfisher. Since India's investment policy change, "the dialogue with potential investors has gathered momentum," Aggarwal said. "Even non-strategic investors are showing interest in investing in Kingfisher Airlines, which is a good sign."
Kingfisher has never made money since its launch in 2005, and before grounding its fleet last week, it was flying just 10 planes out of fleet that numbered 64 a year ago.
(Reuters)
Tags assigned to this article:
india news 6 aviation strike vijay mallya sanjay agarwal bankruptcy kingfisher airlines kingfisher kfa